The latest Kurt Austin action-packed NUMA Files adventure novel from the UK No.1 bestseller Clive Cussler
THE CITY OF THE DEAD, EGYPT 1353 BC

Buried deep beneath the Saharan desert is a secret - an ancient elixir so powerful that it is rumoured to take life from the living and restore it to the dead.

Off a remote island, a mysterious ship releases a deadly poison. Minutes later everyone on the island is dead.

Responding to a distress call, Kurt Austin and the NUMA team struggle to understand what has caused this disaster. As they investigate the incident further they uncover a far greater threat.

WHAT IS THE TRUTH BEHIND THE LEGENDS?

Now Kurt Austin must learn the secrets of the past if he is to save millions from a horrifying death. But it is a desperate race against time. And he faces a deadly enemy, who will stop at nothing . . .

Other Editions - The Pharaoh's Secret by Clive Cussler 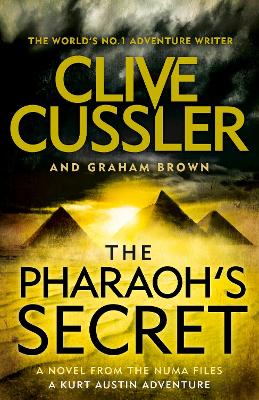 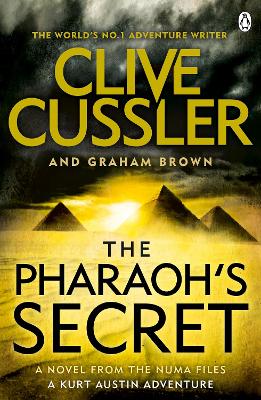 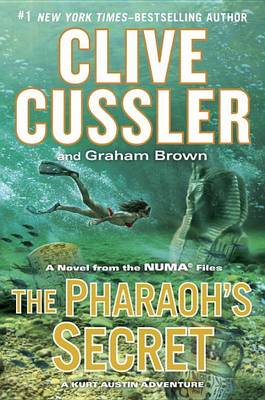 View all editions of The Pharaoh's Secret by Clive Cussler

» Have you read this book? We'd like to know what you think about it - write a review about Pharaoh's Secret book by Clive Cussler and you'll earn 50c in Boomerang Bucks loyalty dollars (you must be a Boomerang Books Account Holder - it's free to sign up and there are great benefits!)

Clive Cussler (Author) Clive Cussler is the author or co-author of a great number of international bestsellers, including the famous Dirk Pitt(R) adventures, such as Havana Storm; the NUMA(R) Files adventures, most recently The Pharaoh's Secret; the Oregon Files, such as The Emperor's Revenge; the Isaac Bell historical thrillers, which began with The Chase; and the recent Fargo Adventures which lastly included The Solomon Curse. He lives in Arizona. Graham Brown (Author) Graham Brown, a former pilot and lawyer and later part of a start-up healthcare firm, decided he hadn't had enough different careers yet and decided to become a writer. A huge fan of Clive Cussler, Michael Crichton, Stephen King and television shows like the X-files and Lost, Graham's first novel Black Rain debuted in January 2010. He has now co-written five NUMA Files novels with Clive Cussler: Devil's Gate, The Storm, Zero Hour, Ghost Ship and The Pharaoh's Secret.