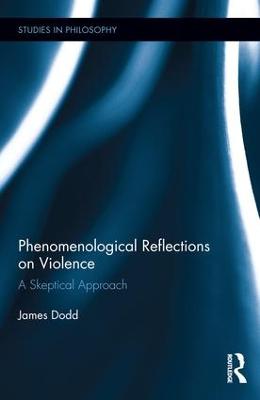 Following up on his previous book, Violence and Phenomenology, James Dodd presents here an expanded and deepened reflection on the problem of violence. The book's six essays are guided by a skeptical philosophical attitude about the meaning of violence that refuses to conform to the exigencies of essence and the stable patterns of lived experience. Each essay tracks a discoverable, sometimes familiar figure of violence, while at the same time questioning its limits and revealing sites of its resistance to conceptualization. Dodd's essays are readings as much as they are reflections; attempts at interpretation as much as they are attempts to push concepts of violence to their limits. They draw upon a range of different authors-Sartre, Levinas, Schelling, Scheler, and Husserl-and historical moments, but without any attempt to reduce them into a series of examples elucidating a comprehensive theory. The aim is to follow a path of distinctively episodic and provisional modes of thinking and reflection that offers a potential glimpse at how violence can be understood.

Other Editions - Phenomenological Reflections on Violence by James Dodd » Have you read this book? We'd like to know what you think about it - write a review about Phenomenological Reflections on Violence book by James Dodd and you'll earn 50c in Boomerang Bucks loyalty dollars (you must be a Boomerang Books Account Holder - it's free to sign up and there are great benefits!)

James Dodd is Associate Professor of Philosophy at The New School for Social Research, USA. He is the author of Violence and Phenomenology (Routledge 2009).

A Preview for this title is currently not available.
More Books By James Dodd
View All

A Satirical Lecture on Hearts: As It Has Been Performed, at Exeter Exchange in the Strand; With Several Valuable Additions, Particularly, the Heart of a Man of Merit, Never Before Published: And a Critical Dissertation on Noses.
$35.16 $39.07

Algebra for High Schools and Colleges: Containing a Systematic Exposition and Application of the Ele
$62.89 $69.88