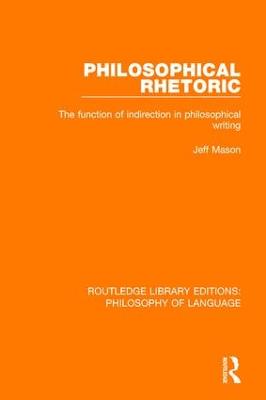 The Function of Indirection in Philosophical Writing

This book, originally published in 1989 discusses an issue central to all philosophical argument - the relation between persuasion and truth. The techniques of persuasion are indirect and not always fully transparent. Whether philosophers and theoreticians are for or against the use of rhetoric, they engage in rhetorical practice none the less. Focusing on Plato, Descartes, Kant, Kierkegaard, Nietzsche and Wittgenstein, this book uncovers philosophical rhetoric at work and reminds us of the rhetorical arena in which philosophical writings are produced and considered. 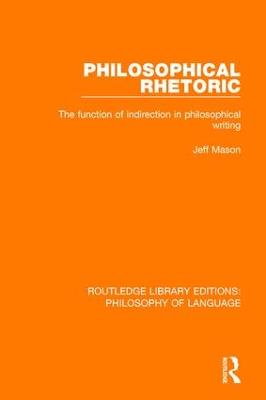 » Have you read this book? We'd like to know what you think about it - write a review about Philosophical Rhetoric book by Jeff Mason and you'll earn 50c in Boomerang Bucks loyalty dollars (you must be a Boomerang Books Account Holder - it's free to sign up and there are great benefits!)


A Preview for this title is currently not available.
More Books By Jeff Mason
View All

Communication Skills For The Healthcare Professional
$98.09 $108.99