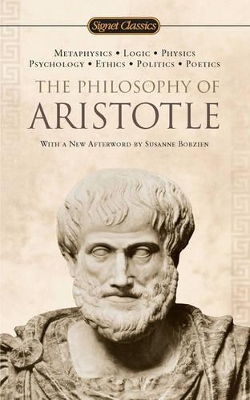 The Philosophy of Aristotle

Description - The Philosophy of Aristotle by Aristotle

More than two thousand years ago, Aristotle established unique standards of philosophic inquiry, observation, and judgment. This book offers a contemporary reevaluation of the philosophy of the master of Western thought, and shows his vital, continuing influence in our modern world.

Other Editions - The Philosophy of Aristotle by Aristotle 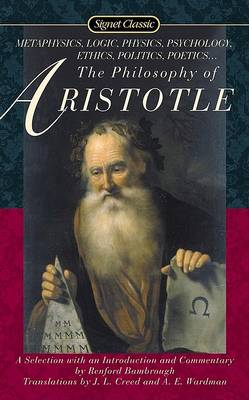 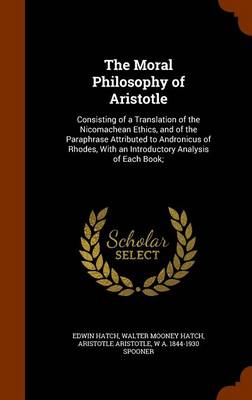 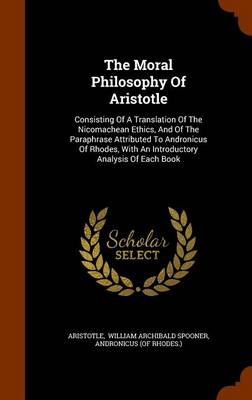 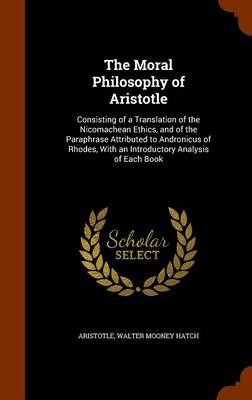 Book Reviews - The Philosophy of Aristotle by Aristotle

» Have you read this book? We'd like to know what you think about it - write a review about Philosophy of Aristotle book by Aristotle and you'll earn 50c in Boomerang Bucks loyalty dollars (you must be a Boomerang Books Account Holder - it's free to sign up and there are great benefits!)

Aristotle was born at Stageira, in the dominion of the kings of Macedonia, in 384 BC. For twenty years he studied at Athens in the Academy of Plato, on whose death in 347 he left, and, some time later, became tutor of the young Alexander the Great. When Alexander succeeded to the throne of Macedonia in 335, Aristotle returned to Athens and established his school and research institute, the Lyceum, to which his great erudition attracted a large number of scholars. After Alexander's death in 323, anti-Macedonian feeling drove Aristotle out of Athens, and he fled to Chalcis in Euboea, where he died in 322. His writings, which were of extraordinary range, profoundly affected the whole course of ancient and medieval philosophy, and they are still eagerly studied and debated by philosophers today. Very many of them have survived and among the most famous are the Ethics and the Politics.