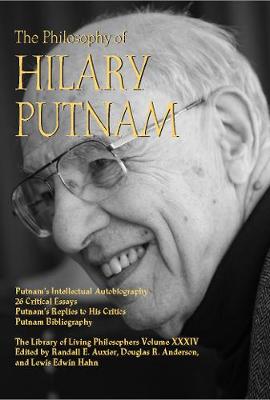 The Philosophy of Hilary Putnam

Description - The Philosophy of Hilary Putnam by Randall E. Auxier

Hilary Putnam, who turned 88 in 2014, is one of the world's greatest living philosophers. He currently holds the position of Cogan University Professor Emeritus of Harvard. He has been called "one of the 20th century's true philosophic giants" (by Malcolm Thorndike Nicholson in Prospect magazine). He has been very influential in several different areas of philosophy: philosophy of mathematics, philosophy of language, philosophy of mind, and philosophy of science. This volume in the prestigious Library of Living Philosophers series contains 26 chapters original to this work, each written by a well-known philosopher, including the late Richard Rorty and the late Michael Dummett. The volume also includes Putnam's reply to each of the 26 critical and descriptive essays, which cover the broad range of Putnam's thought. They are organized thematically into the following parts: Philosophy and Mathematics, Logic and Language, Knowing and Being, Philosophy of Practice, and Elements of Pragmatism. Readers also appreciate the extensive intellectual autobiography.

» Have you read this book? We'd like to know what you think about it - write a review about Philosophy of Hilary Putnam book by Randall E. Auxier and you'll earn 50c in Boomerang Bucks loyalty dollars (you must be a Boomerang Books Account Holder - it's free to sign up and there are great benefits!)

A Preview for this title is currently not available.
More Books By Randall E. Auxier
View All