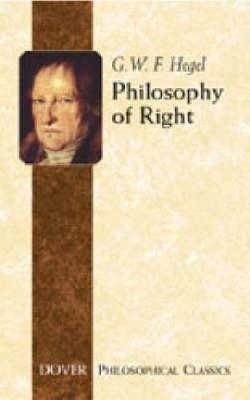 Complete and unabridged, this edition of Georg Wilhelm Friedrich Hegel's 1821 classic offers a comprehensive view of the philosopher's influential system. In the Philosophy of Right, Hegel applies his most important concept - the dialectics - to law, rights, morality, the family, economics, and the state. The last of Hegel's works to be published in his lifetime, this volume combines moral and political philosophy to form a sociologic view dominated by the idea of the state. Hegel defines universal right as the synthesis between the thesis of an individual acting in accordance with the law and the occasional conflict of an antithetical desire to follow private convictions. The state, he declares, must permit individuals to satisfy both demands, thereby realizing social harmony and prosperity--the perfect synthesis. Further, Hegel renounces his formerly favourable assessment of the French Revolution and rejects the republican form of government, suggesting instead an idealized form of a constitutional monarchy, in which ultimate power rests with the sovereign.

Other Editions - Philosophy of Right by Georg Wilhelm Friedrich Hegel 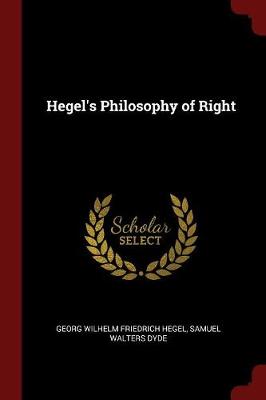 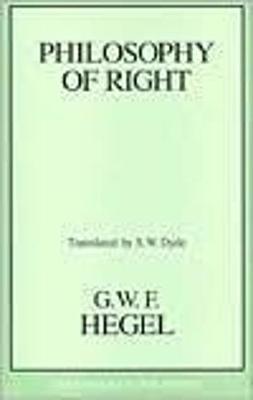 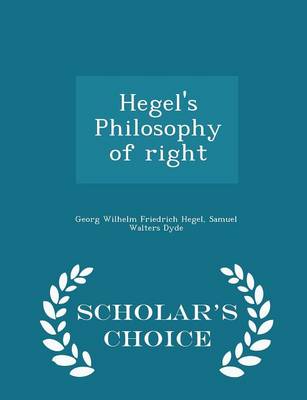 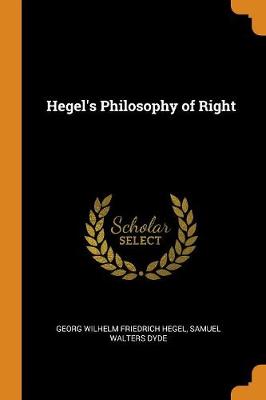 » Have you read this book? We'd like to know what you think about it - write a review about Philosophy of Right book by Georg Wilhelm Friedrich Hegel and you'll earn 50c in Boomerang Bucks loyalty dollars (you must be a Boomerang Books Account Holder - it's free to sign up and there are great benefits!)


A Preview for this title is currently not available.
More Books By Georg Wilhelm Friedrich Hegel
View All

The Logic of Hegel: Translated from the Encyclopaedia of the Philosophical Sciences
$98.95 $109.94

The Philosophy of Art: An Introduction to the Scientific Study of Aesthetics
$79.14 $87.93

Lectures on the Philosophy of Religion: Together with a Work on the Proofs of the Existence of God
$93.01 $103.34

Lectures on the Philosophy of Religion, Together with a Work on the Proofs of the Existence of God. Translated from the 2D German Ed. by E.B. Speirs, and J. Burdon Sanderson: The Translation Edited by E.B. Speirs; Volume 2
$93.01 $103.34