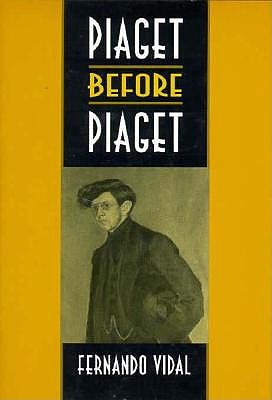 The great Swiss psychologist and theorist Jean Piaget (1896?1980) had much to say about the developing mind. He also had plenty to say about his own development, much of it, as Fernando Vidal shows, plainly inaccurate. In the first truly historical biography of Piaget, Vidal tells the story of the psychologist's intellectual and personal development up to 1918. By exploring the philosophical, religious, political, and social influences on the psychologist's early life, Vidal alters our basic assumptions about the origins of Piaget's thinking and his later psychology.

The resulting profile is strikingly dissimilar to Piaget's own retrospective version. In Piaget's own account, as an adolescent he was a precocious scientist dedicated to questions of epistemology. Here we find him also?and increasingly?concerned with the foundations of religious faith and knowledge, immersed in social and political matters, and actively involved in Christian and socialist groups. Far from being devoted solely to the classification of mollusks, the young Piaget was a vocal champion of Henri Bergson's philosophy of creative evolution, an interest that figured much more prominently in his later thinking than did his early work in natural history. We see him during World War I chastising conservatism and nationalism, espousing equality and women's rights, and advocating the role of youth in the birth of a new Christianity.

In his detailed account of Jean Piaget's childhood and adolescence?enriched by the intellectual and cultural landscape of turn-of-the-century Neuch??tel?Vidal reveals a little-known Piaget, a youth whose struggle to reconcile science and faith adds a new dimension to our understanding of the great psychologist's life, thought, and work.

» Have you read this book? We'd like to know what you think about it - write a review about Piaget Before Piaget book by Fernando Vidal and you'll earn 50c in Boomerang Bucks loyalty dollars (you must be a Boomerang Books Account Holder - it's free to sign up and there are great benefits!)


A Preview for this title is currently not available.
More Books By Fernando Vidal
View All