'This fire is the work of grace that is wrought in the heart' In John Bunyan's classic allegory, Christian abandons his family and the City of Destruction and sets off for salvation. His path is straight but not easy, and he is beset by trials, including the terrible violence of the destructive Apollyon and the Giant Despair, as he pursues his pilgrimage through the Slough of Despond, the Delectable Mountains and Vanity-Fair towards the Celestial City. In the second part of the narrative his wife, Christiana, is escorted by Great-heart through the same difficult terrain. Written with the urgency of persecuted faith and a fiery imagination, The Pilgrim's Progress is a spiritual as well as a literary classic. In his introduction, Roger Pooley discusses Bunyan's life and theology, as well as the text's biblical and historial backdrop, its success and critial history. This edition also includes accompanying seventeenth-century illustrations, a chronology, suggested further reading, notes and an index.

Other Editions - The Pilgrim's Progress by John Bunyan 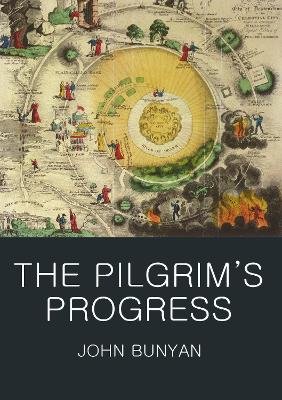 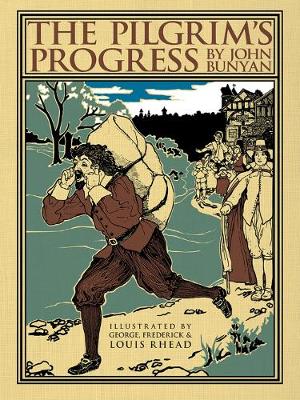 » Have you read this book? We'd like to know what you think about it - write a review about Pilgrim's Progress book by John Bunyan and you'll earn 50c in Boomerang Bucks loyalty dollars (you must be a Boomerang Books Account Holder - it's free to sign up and there are great benefits!)

JOHN BUNYAN (1628-88) was born in Elstow, a village near Bedford. He went to school in the village and became a travelling brazier or tinker, like his father. In 1644 he joined the Parliamentary army, and served in the garrison of Newport Pagnell, a Bedfordshire town, until 1646. He married in 1649 and had four children, though the name of his first wife is unknown. As part of her dowry she brought two popular books of devotion; and these, along with a series of experiences, triggered a complex conversion experience, not fully resolved until 1653, when Bunyan joined a separatist congregation in Bedford. Soon Bunyan began preaching and engagin in controversy with other reiligous groups. He wrote his first book, Some Gospel Truths Opened in 1656. Soon after the Restoration he was arrested for unlicensed preaching in the village of Lower Samsell and, because he refused to stop peraching, remain in prison in Bedford for twelve years. His account of his trial was published posthumously in 1765. He was imprisoned again for about six months in 1676. He continued to write, and to preach in Bedfordshire and London. In 1678 he published the first part of The Pilgrim's Progress. It became am immediate bestseller, running through twelve ditions and being translated into Dutch, French and Welsh during Bunyan's lifetime; since then it has been traslated into more than two hundred languages. Its counterpart, The Life and Death of Mr Badman (1682) is epic in cope. The second part of The Pilgrim's Progress came out in 1684, partly in response to a number of imitations and spurious sequels. A Book for Boys and Girls, one of the earliest examples of literature for children, was published in 1686. Bunyan died in 1688 for a fever contracted while riding from Reading to London to try to effect a reconciliation between a father and son. He left a number of works in manuscript, many of them published by Chalres Doe in his folio of 1692, which also contained the first (brief) biography of Bunyan.ROGER POOLEY teaches at Keele University. His Cambridge Ph.D. thesis on Bunyan was partly supervised by the late Roger Sharrock, the editor of the previous Penguin Classics Pilgrim's Progress. He is the author of English Prose of the Seventeenth Century (1993) and a number of shorter pieces on Bunyan and other seventeenth-century figures. He has co-edited The Lord of the Journey; A Reader in Christina Spirituality and The Discerning Reader: Literature and Theory in Christian Perspecitve. He is an active member of the International John Bunyan Society.

Christian Behaviour: A Holy Life the Beauty of Christianity: The Fear of God: And Exhortation to Unity and Peace
$105.69 $117.43

The Pilgrim's Progress as Originally Published by John Bunyan: Being a Facsimile of the First Edition
$94.66 $105.18