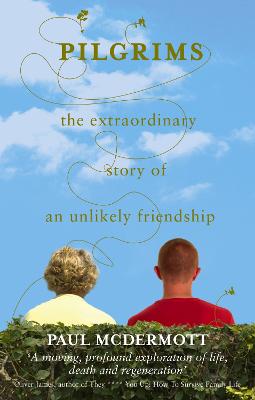 The extraordinary story of an unlikely friendship

Now available in paperback, the acclaimed memoir of an unusual friendship!

It was Autumn when Paul McDermott stood on the doorstep of a house that would exert a pull on him years after he closed the door for the final time. He was nervous, and totally unprepared to meet the woman he had agreed to visit. Val lived in this house, in a small military town; she was 74 and had been diagnosed with cancer. Though bewildered and frightened underneath, she appeared simply as a small, wrinkled, elderly woman with a mischievous awareness and a penetrating stare.So began Paul's series of regular visits to Val over a number of years. As he sat and listened to her talk in her front lounge, or struggled ineptly with the tasks she set him, Val opened up her world- the secrets and memories and lessons of her life that were soon to be extinguished and perhaps forgotten. Gradually, as she came to terms with her past - and also with her future - she took on an effortless clarity and peace that brought her into a supremely human focus. And, at the same time, Paul's own perceptions were challenged in a way he would never have believed when he first arrived at her door. Somehow they created something profound and very precious between them.Full of a surprising warmth, mixed with courage and humour, this remarkable story is deeply life-affirming, not only for the two central characters on their parallel journey - but also for us all.

Other Editions - Pilgrims by Paul McDermott 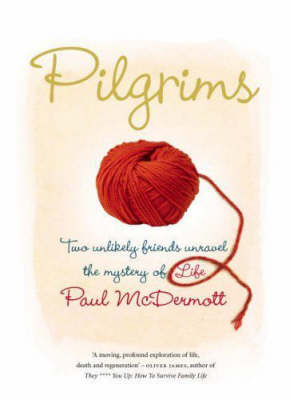 » Have you read this book? We'd like to know what you think about it - write a review about Pilgrims book by Paul McDermott and you'll earn 50c in Boomerang Bucks loyalty dollars (you must be a Boomerang Books Account Holder - it's free to sign up and there are great benefits!)

Born in New Zealand, Paul McDermott now lives in London where he has a private psychotherapy practice, and pursues his interests in Oriental philosophy and Wushu.

A Preview for this title is currently not available.
More Books By Paul McDermott
View All