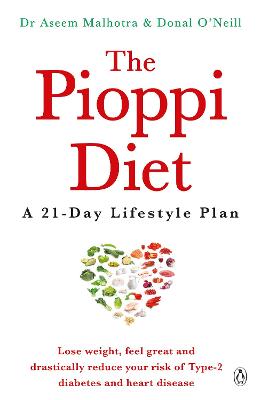 A diet that allows red wine, chocolate and the most delicious Italian food you can imagine? The Pioppi Plan offers just that, but so much more - lose weight, de-stress and live healthier and longer with this revolutionary new programme. Pioppi itself, a small Italian village which is home to the healthiest, longest-living people in the world, offers secrets that have never before been shared- until now. Based on five years of research and drawing on over 100 studies on Pioppi, Dr Aseem Malhotra, a trained cardiologist, has created a plan which is designed to provide readers with the joy and wellbeing of a Mediterranean lifestyle by making small 'marginal gains' over a 21-day period. Each little change the book encourages you to make will add up to weight lost and years gained, across eight key areas- diet, movement, sleep, stress management, sunshine, exercise, posture and social interaction. This isn't a diet or lifestyle which requires saying 'no' to the things you love, nor exercising for hours upon end, but rather making simple, achievable and long-lasting changes.

» Have you read this book? We'd like to know what you think about it - write a review about Pioppi Diet book by Dr. Aseem Malhotra and you'll earn 50c in Boomerang Bucks loyalty dollars (you must be a Boomerang Books Account Holder - it's free to sign up and there are great benefits!)

Dr Aseem Malhotra (Author) Described as an "inspiration" by Jamie Oliver, internationally renowned award winning Consultant Cardiologist Dr Aseem Malhotra has become one of the most influential and well-known health campaigners in the UK. He writes regularly in academic medical journals and print newspapers such as the Guardian, Telegraph and Daily Mail and is regularly seen on broadcast media in his campaign against sugar and highlighting the harms of too much medicine. Dr Malhotra has been named alongside anti-obesity activists such as Michael Bloomberg and Michelle Obama and a few months ago he was featured in the New York Times on his co-production documentary film "The Big Fat Fix" which in July premiered in British parliament and was also subsequently screened in the European Parliament. He is also Cardiologist advisor to the UK's National Obesity Forum. The Pioppi Diet is his first book.Donal O'Neill (Author) Donal O'Neill is an Irish born, independent documentary filmmaker. A former international track and field athlete, Donal's passion for health and human perfomance resonates throughout his films. In 2015 he joined forces with British Cardiologist Dr Aseem Malhotra to make "The Big Fat Fix" (2016). World renowned Sports Scientist Prof Tim Noakes has hailed it as "the best health movie ever."The Pioppi Diet, co-written with Dr Aseem Malhotra, is Donal's first book. 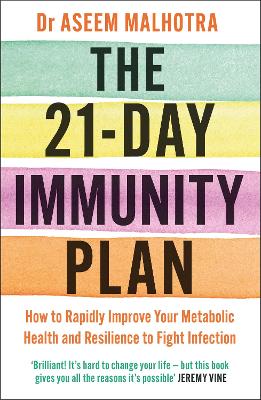