Pip and Posy: The Bedtime Frog

Description - Pip and Posy: The Bedtime Frog by Nosy Crow

When Posy goes to stay at Pip's house they have lots of fun together before bedtime. But just as they switch out the light, disaster strikes: Posy realises that she has forgotten her favourite frog toy. Desperate to help his distraught friend, Pip offers Posy a range of different toys to substitute for her frog, including his own favourite frog money box. But none of them will do, 'that's the wrong frog!' Posy wails. It is only when Pip gives Posy his own, very favourite, pig toy that Posy is comforted and that the friends can get a good night's sleep, at last.

Other Editions - Pip and Posy: The Bedtime Frog by Nosy Crow 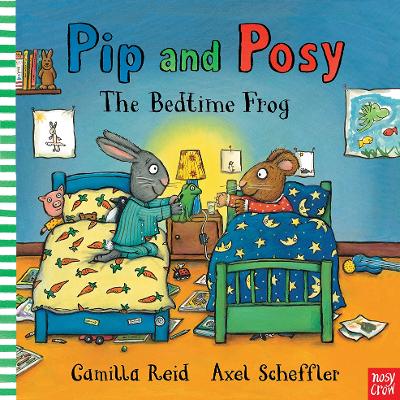 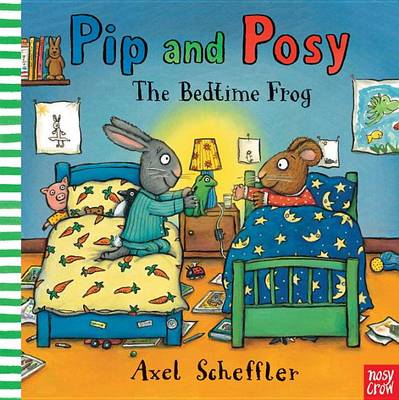 » Have you read this book? We'd like to know what you think about it - write a review about Pip and Posy: The Bedtime Frog book by Nosy Crow and you'll earn 50c in Boomerang Bucks loyalty dollars (you must be a Boomerang Books Account Holder - it's free to sign up and there are great benefits!)

Axel was born in Hamburg, Germany. At school he was good at art, but did't think of a career in illustration until he won a cuddly purple cow in a drawing competition. He moved to England in 1982 to learn English and study illustration at the Bath Academy of Art and then set up home in London. Axel illustrated a number of books for various publishers, and in 1993 Kate suggested him as the illustrator for Julia Donaldson's first picture book text, A Squash and a Squeeze. This was the start of a hugely successful partnership: their bestselling modern classic, The Gruffalo, has sold over three-and-a-half million copies worldwide, and the TV animation was broadcast on Christmas day 2009. Axel has illustrated a number of other highly successful books, including Muddle Farm, and his books have been translated into 42 languages. Axel lives in London with his partner and young daughter.