Pip and Posy: The Big Balloon

Description - Pip and Posy: The Big Balloon by Nosy Crow

Pip is very proud of his big red balloon. But when he lets the balloon go and it pops, he is inconsolable. Luckily, Posy has a clever idea to cheer up her friend and soon they are having fun again!

Other Editions - Pip and Posy: The Big Balloon by Nosy Crow 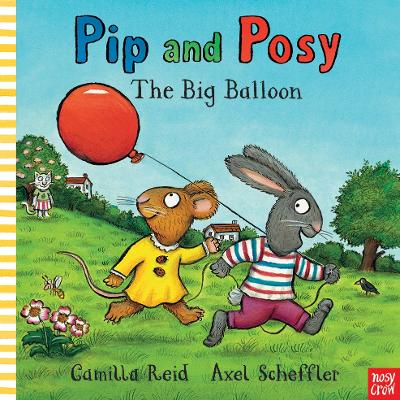 » Have you read this book? We'd like to know what you think about it - write a review about Pip and Posy: The Big Balloon book by Nosy Crow and you'll earn 50c in Boomerang Bucks loyalty dollars (you must be a Boomerang Books Account Holder - it's free to sign up and there are great benefits!)