Pip and Posy: The Scary Monster

Description - Pip and Posy: The Scary Monster by Nosy Crow

When Pip comes to Posy's house wearing a scary monster mask, he gives Posy a bit of a fright! Oh, dear! But when she works out it's only Pip, she feels much better, and they share the biscuits she's made. Hooray!

Other Editions - Pip and Posy: The Scary Monster by Nosy Crow 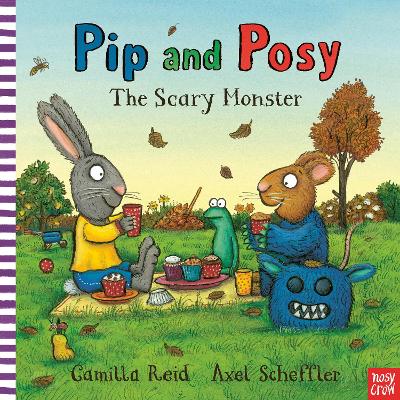 Pip and Posy : The Scary Monster

» Have you read this book? We'd like to know what you think about it - write a review about Pip and Posy: The Scary Monster book by Nosy Crow and you'll earn 50c in Boomerang Bucks loyalty dollars (you must be a Boomerang Books Account Holder - it's free to sign up and there are great benefits!)