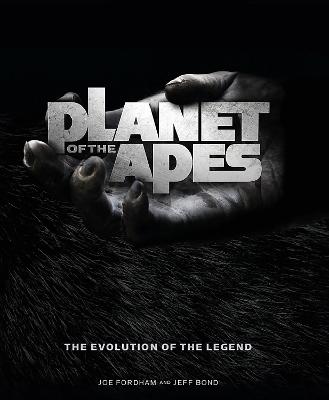 Planet of the Apes

Description - Planet of the Apes by Jeff Bond

With a foreword by legendary director John Landis, this is the first book on all the films (old and new), all the Planet of the Apes TV shows and merchandise. With exclusive access to the Fox archive as well private collections the book showcases some never-before-seen images. Stunning artwork from the 1968 film and the four sequels, including makeup tests and concept art from the Rod Serling version of the original script are included.

Book Reviews - Planet of the Apes by Jeff Bond

» Have you read this book? We'd like to know what you think about it - write a review about Planet of the Apes book by Jeff Bond and you'll earn 50c in Boomerang Bucks loyalty dollars (you must be a Boomerang Books Account Holder - it's free to sign up and there are great benefits!)

Joe Fordham has been writing full-time for Cinefex since since 2001. Before that, he worked in visual effects, special effects, makeup effects, miniature effects, animation and editing in LA and in London. Jeff Bond is the author of Danse Macabre: 25 years of Danny Elfman and Tim Burton and The Music of Star Trek. He is Executive Editor of Geek magazine and was Senior Editor at CFQ, the revival of Cinefantastique magazine, from 2003 to 2006. He covered film music and other subjects for the Hollywood Reporter for ten years, has written hundreds of movie soundtrack liner notes booklets

A Preview for this title is currently not available.
More Books By Jeff Bond
View All