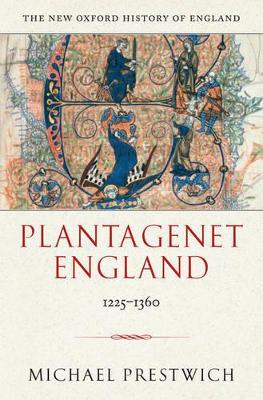 In this thorough and illuminating work, Michael Prestwich provides a comprehensive study of Plantagenet England, a dramatic and turbulent period which saw many changes. In politics it saw Simon de Montfort's challenge to the crown in Henry II's reign and it witnessed the deposition of Edward I. In contrast, it also saw the highly successful rules of Edward I and his grandson, Edward III. Political institutions were transformed with the development of parliament and
war was a dominant theme: Wales was conquered and the Scottish Wars of Independence started in Edward I's reign, and under Edward III there were triumphs at Crecy and Poitiers. Outside of politics,
English society was developing a structure, from the great magnates at the top to the peasantry at the bottom. Economic changes were also significant, from the expansionary period of the thirteenth century to years of difficulty in the fourteenth century, culminating in the greatest demographic disaster of historical times, the Black Death. In this volume in the New Oxford History of England Michael Prestwich brings this fascinating century to life. 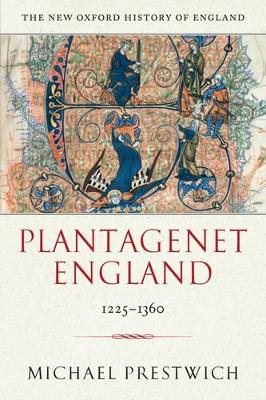 » Have you read this book? We'd like to know what you think about it - write a review about Plantagenet England book by Michael Prestwich and you'll earn 50c in Boomerang Bucks loyalty dollars (you must be a Boomerang Books Account Holder - it's free to sign up and there are great benefits!)

Michael Prestwich gained his D.Phil from Christ Church, Oxford and then held posts at Oxford and the University of St Andrews before moving to Durham University in 1979. He has been Professor of History since 1986 and from 1992 to 1999 he was Pro-Vice-Chancellor.