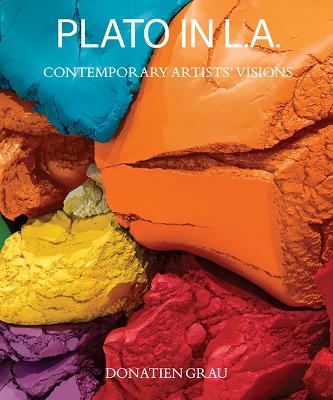 No thinker in the West has had a wider and more sustained influence than the ancient Greek philosopher Plato. From philosophy to drama, religion to politics, it is difficult to find a current cultural or social phenomenon that is not in some aspect indebted to the famous philosopher and the Platonic tradition. It should come as no surprise that contemporary artists continue to engage with and respond to the ideas of Plato.

Featuring candid interviews with the artists, this volume begins with an essay by the critic and curator Donatien Grau that contextualizes Plato in antiquity and in the present day. Contemporary art, Grau demonstrates, is Platonism stripped bare, and it allows us to reconsider Plato's philosophy as a deeply human construct, one that remains highly relevant today.

» Have you read this book? We'd like to know what you think about it - write a review about Plato in L.A. - Artists` Visions book by Donatien Grau and you'll earn 50c in Boomerang Bucks loyalty dollars (you must be a Boomerang Books Account Holder - it's free to sign up and there are great benefits!)

Donatien Grau holds doctoral degrees in comparative literature from the Universite Paris- Sorbonne and in philosophy from the University of Oxford. He is a writer, curator, and cultural critic and has published widely on contemporary art.

A Preview for this title is currently not available.
More Books By Donatien Grau
View All