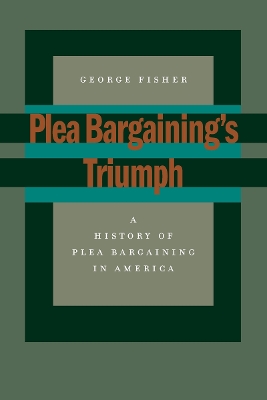 A History of Plea Bargaining in America

Though originally an interloper in a system of justice mediated by courtroom battles, plea bargaining now dominates American criminal justice. This book traces the evolution of plea bargaining from its beginnings in the early nineteenth century to its present pervasive role. Indeed, it is difficult to name a single innovation in criminal procedure during the last 150 years that has been incompatible with plea bargaining's progress and survived. "Filling a stunning gap in the literature, Plea Bargaining's Triumph is one of the five most important books on issues of U.S. criminal justice in the last fifty years. Despite its historical perspective, it has immense importance for modern criminal justice policy, and may be the basis for major law reforms, as the analyses are highly relevant to modern sentencing legislation and practice. The book is also highly readable and dramatic, for Fisher brings alive not only old laws and courts, but the character and characters of the law. Prosecutors, defense lawyers, sentencing judges, policymakers, and legal scholars should all read this book." - Marc L.
Miller, Emory Law School; "Rarely does a work of legal history speak so clearly to contemporary crisis as does George Fisher's Plea Bargaining's Triumph. - Candace McCoy, School of Criminal Justice, Rutgers University 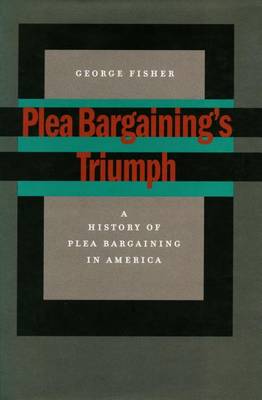 » Have you read this book? We'd like to know what you think about it - write a review about Plea Bargaining's Triumph book by George Fisher and you'll earn 50c in Boomerang Bucks loyalty dollars (you must be a Boomerang Books Account Holder - it's free to sign up and there are great benefits!)

George Fisher is Professor of Law at the Stanford Law School. He is the co-editor, with Lawrence M. Friedman, of The Crime Conundrum: Essays on Criminal Justice.

A Preview for this title is currently not available.
More Books By George Fisher
View All

The Instructor: Or, American Young Man's Best Companion. Containing, Spelling, Reading, Writing, and Arithmetick, in an Easier Way Than Any Yet Published; And How to Qualify Any Person for Business
$68.83 $76.48

The Instructor: Or, Young Man's Best Companion. ... to Which Is Added, the Family's Best Companion: ... and a Compendium of the Sciences of Geography and Astronomy; ... by George Fisher, ... the Twenty Third Edition, Corrected and Improved.
$68.83 $76.48