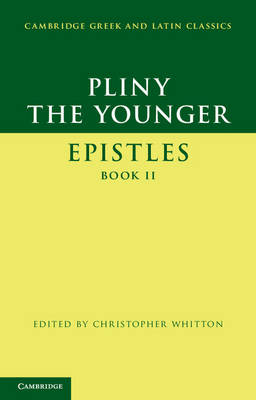 Pliny the Younger's nine-book Epistles is a masterpiece of Roman prose. Often mined as a historical and pedagogical sourcebook, this collection of 'private' letters is now finding recognition as a rich and rewarding work in its own right. The second book is a typically varied yet taut suite of miniatures, including among its twenty letters the trial of Marius Priscus and Pliny's famous portrait of his Laurentine villa. This edition, the first to address a complete book of Epistles in over a century, presents a Latin text together with an introduction and commentary intended for students, teachers and scholars. With clear linguistic explanations and full literary analysis, it invites readers to a fresh appreciation of Pliny's lettered art. 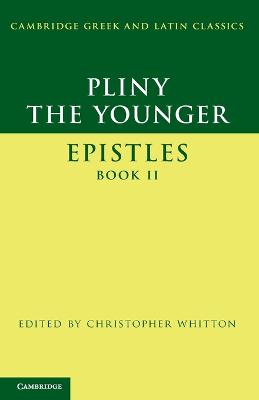 » Have you read this book? We'd like to know what you think about it - write a review about Pliny the Younger: 'Epistles' Book II book by Pliny the Younger and you'll earn 50c in Boomerang Bucks loyalty dollars (you must be a Boomerang Books Account Holder - it's free to sign up and there are great benefits!)

Christopher Whitton is a University Lecturer in Classics at the University of Cambridge and Fellow of Emmanuel College; he is also currently an Alexander von Humboldt Research Fellow at the Freie Universitat zu Berlin. Dr Whitton is a specialist in Latin literature, in particular prose of the early Roman empire. This is his first book.

A Preview for this title is currently not available.
More Books By Pliny the Younger
View All