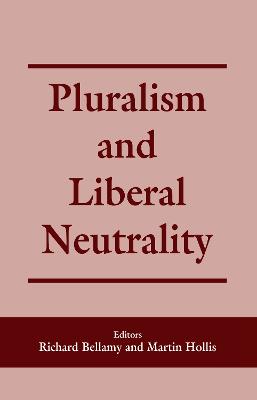 This book explores the crisis of liberalism, as located in the liberal claim to endorse a set of neutral procedures that allow individuals and groups to pursue their own good, when the very possibility of such neutrality is brought into question by the growth of plural societies, and the divided loyalties that go with them. Modern states rely on agreements to secure the loyalty of citizens. But growing social pluralism means a growing division in loyalties among citizens along lines of ideology, ethnicity, gender, religion and locale. The liberal answer to diversity is to devise a set of fair procedures - which are neutral procedures - which do not dictate the ultimate good chosen by members. The question which this book directly confronts is whether such neutrality is genuinely possible and thus whether a liberal society is itself genuinely possible.

Other Editions - Pluralism and Liberal Neutrality by Richard Bellamy 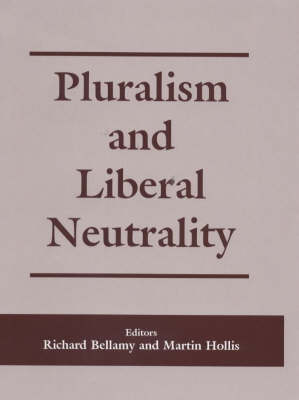 » Have you read this book? We'd like to know what you think about it - write a review about Pluralism and Liberal Neutrality book by Richard Bellamy and you'll earn 50c in Boomerang Bucks loyalty dollars (you must be a Boomerang Books Account Holder - it's free to sign up and there are great benefits!)


A Preview for this title is currently not available.
More Books By Richard Bellamy
View All

A Republican Europe of States: Cosmopolitanism, Intergovernmentalism and Democracy in the EU
$122.35 $135.95