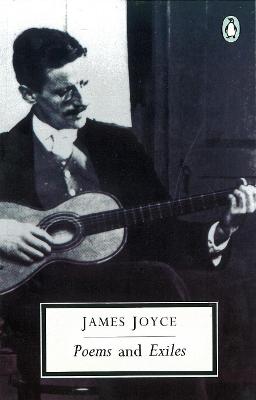 It is only James Joyce's towering genius as a novelist that has led to the comparative neglect of his poetry and sole surviving play. And yet, argues Mays in his stimulating and informative introduction, several of these works not only occupy a pivotal position in Joyce's career; they are also magnificently assured achievements in their own right. Chamber Music is 'an extraordinary debut', fusing the styles of the nineties and the Irish Revival with irony and characteristic verbal exuberance. Pomes Penyeach and Exiles (highly acclaimed in Harold Pinter's 1970 staging) were written when Joyce had published Dubliners and was completing A Portrait of the Artist as a Young Man. Both confront painfully personal issues of adultery, jealousy and betrayal and so pave the way for the more detached and fully realized treatment in Ulysses. Joyce's occasional verse includes 'Ecce Puer' for his new-born grandson, juvenilia, satires, translations, limericks and a parody of Samuel Taylor Coleridge. All are brought together in this scholarly, fully annotated yet accessible new edition.

» Have you read this book? We'd like to know what you think about it - write a review about Poems and Exiles book by James Joyce and you'll earn 50c in Boomerang Bucks loyalty dollars (you must be a Boomerang Books Account Holder - it's free to sign up and there are great benefits!)

James Joyce was born in Dublin in 1882, but exiled himself to Paris at twenty as a rebellion against his upbringing. He only returned to Ireland briefly from the Continent but Dublin was at heart of his greatest works, Ulysees and Finnegans Wake. He lived in poverty until the last ten years of his life and was plagued by near blindness and the grief of his daughter's insanity. He died in 1941.

A Preview for this title is currently not available.
More Books By James Joyce
View All