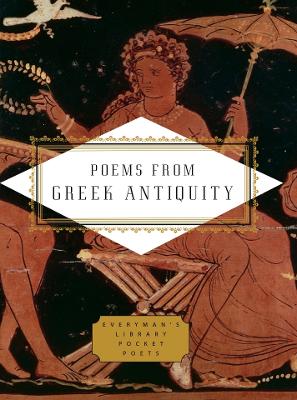 There is a great deal more to Greek poetry than the Iliad or the Odyssey. Shorter masterpieces abound, and the lyrical and elegiac poems, odes, and epigrams in this volume give an unparalleled sampling of them. Included here are selections from the early Greek poets - from Hesiod, Pindar and Bacchylides, Alcaeus and Sappho; from the later Alexandrian poets Theocritus, Bion, Apollonius of Rhodes, and many more. A whole section is devoted to poems from the celebrated Greek Anthology, which spans a thousand years from the Classical to the Byzantine age, and another to the Anacreontea, the delightful collection of odes on the pleasures of drink, love, and beauty which has been popular for centuries both in the original Greek and in English. Excerpts from somewhat longer poems include Percy Bysshe Shelley's 'Homeric Hymn to Mercury' and the hugely entertaining Homeric pastiche 'The Battle of the Frogs and Mice'.Paul Quarrie's selection of English translations draws fruitfully on the work of lesser-known as well as more famous names. In these pages poets jostle with Regius Professors of Greek at Oxbridge, professional writers and translators with enthusiastic amateurs including teachers, librarians, aristocrats, diplomats, civil servants, bankers, soldiers and clergymen. Historically their translations range from anonymous versions produced in Tudor England through the golden age of translation presided over by George Chapman in the seventeenth century, to modern translations by James Michie, Fleur Adcock and Robert Fagles. The editor provides an informative preface, introductions to the Greek Anthology and the Anacreontea, and biographies of translators where bibliographical detail is set off by colourful anecdote.

» Have you read this book? We'd like to know what you think about it - write a review about Poems from Greek Antiquity book by Paul Quarrie and you'll earn 50c in Boomerang Bucks loyalty dollars (you must be a Boomerang Books Account Holder - it's free to sign up and there are great benefits!)


A Preview for this title is currently not available.
More Books By Paul Quarrie
View All