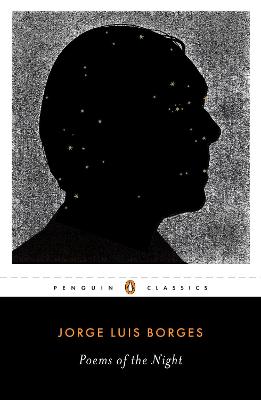 Poems of the Night

A Dual-Language Edition with Parallel Text

Description - Poems of the Night by Jorge Luis Borges

Revered for his magnificent works of fiction, Jorge Luis Borges thought of himself primarily as a poet. Poems of the Night is a moving collection of the great literary visionary's poetic meditations on nighttime, darkness, and the crepuscular world of visions and dreams, themes that speak implicitly to the blindness that overtook Borges late in life-and yet the poems here are drawn from the full span of Borges's career. Featuring such poems as 'History of the Night' and 'In Praise of Darkness' and more than fifty others in luminous translations by an array of distinguished translators-among them W.S. Merwin, Christopher Maurer, Alan Trueblood, and Alastair Reid-this volume brings to light many poems that have never appeared in English, presenting them en face with their Spanish originals.

Book Reviews - Poems of the Night by Jorge Luis Borges

» Have you read this book? We'd like to know what you think about it - write a review about Poems of the Night book by Jorge Luis Borges and you'll earn 50c in Boomerang Bucks loyalty dollars (you must be a Boomerang Books Account Holder - it's free to sign up and there are great benefits!)

Jorge Luis Borges was born in Buenos Aires in 1989 and was educated in Europe. One of the most widely acclaimed writers of our time, he published many collections of poems, essays, and short stories before his death in Geneva in June 1986. In 1961 Borges shared the International Publisher's prize with Samuel Beckett. The Ingram Merrill Foundation granted him its Annual Literary Award in 1966 for his "outstanding contribution to literature." In 1971 Columbia University awarded him the first of many degrees of Doctor of Letters, honoris causa (eventually the list included both Oxford and Cambridge), that he was to receive from the English-speaking world. In 1971 he also received the fifth biennial Jerusalem Prize and in 1973 was given one of Mexico's most prestigious cultural awards, the Alfonso Reyes Prize. In 1980 he shared with Gerardo Diego the Cervantes Prize, the Spanish world's highest literary accolade. Borges was Director of the Argentine National Library from 1955 until 1973. Efrain Kristal (editor, introducer, notes) is a professor of Spanish and comparative literature at the University of California, Los Angeles, and the author of books on both Jorge Luis Borges and Mario Vargas Llosa. He lives in Los Angeles. Suzanne Jill Levine (general editor) is a professor of Latin American literature and translation studies at the University of California, Santa Barbara, and the distinguished translator of such innovative Spanish American writers as Jorge Luis Borges, Adolfo Bioy Casares, Manuel Puig, Guillermo Cabrera Infante, and Julio Cortazar. She lives in Santa Barbara, California.