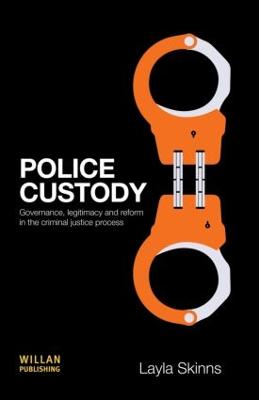 Governance, Legitimacy and Reform in the Criminal Justice Process

Police custody acts as an important gateway to the criminal justice process. Much is at stake here for both staff and suspects as what happens in police custody can have important consequences further down the line. This book offers a timely contribution to research on police custody, which has been largely neglected for the last decade, and it is the first to examine the growing role given to civilians employed by the police or by private security companies within police custody areas. The book draws on a mixed-method study of two custody areas, one publicly-run, and the other largely privately-run. This empirical analysis explores anew suspects' experiences of police custody from arrest to charge, including their access to due process rights such as phone calls, legal advice and detention reviews, as well as shedding light on the hitherto unexplored working relationships between the police, civilian police staff (public and private), legal advisers, doctors, appropriate adults and drug workers.
These findings on the police custody process are used to examine pertinent socio-legal and theoretical matters connected to due process, the role of the police in policing, as well as procedural justice and legitimacy. The book integrates issues which are topical and of utmost empirical, theoretical and political significance, meaning that it is likely to have a broad appeal to students, academics, practitioners and policy-makers with an interest in the criminal justice process, policing and the sociology of law. 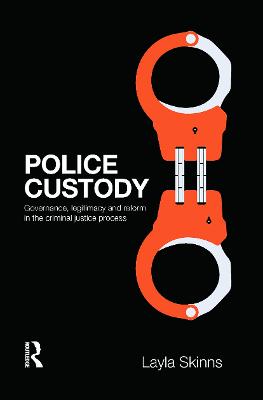 » Have you read this book? We'd like to know what you think about it - write a review about Police Custody book by Layla Skinns and you'll earn 50c in Boomerang Bucks loyalty dollars (you must be a Boomerang Books Account Holder - it's free to sign up and there are great benefits!)

A Preview for this title is currently not available.
More Books By Layla Skinns
View All