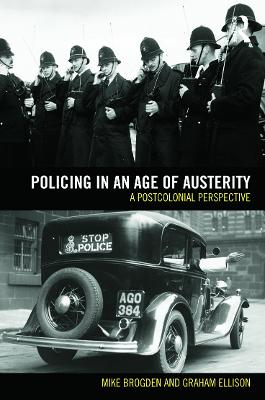 Policing in an Age of Austerity

Description - Policing in an Age of Austerity by Graham Ellison

In the current context of financial retrenchment on public-sector budgets, public policing in England and Wales today faces the prospect of dramatic change. While the question of role and function has been the bedrock of classical sociological theorizing on police, this book grounds such theorising in explicating how British policing has arisen through a schismatic process, why it is in a present mess, and what it should be doing in the future The central themes of this critical text are An analysis of the congeries of roles and functions that our public police in England and Wales currently undertake and how they got there An examination of the effect of arbitrary reduction in police services, including a reading of policing politics in an age of austerity A comparative critique of the British Brand of Policing The development of a normative manifesto for the future of British Policing. This book will be essential for reading for students, researchers and academics alike in criminology, police studies and public and social policy.

Other Editions - Policing in an Age of Austerity by Graham Ellison 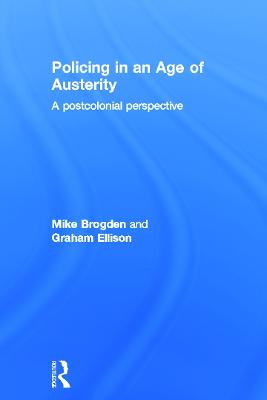 Book Reviews - Policing in an Age of Austerity by Graham Ellison

» Have you read this book? We'd like to know what you think about it - write a review about Policing in an Age of Austerity book by Graham Ellison and you'll earn 50c in Boomerang Bucks loyalty dollars (you must be a Boomerang Books Account Holder - it's free to sign up and there are great benefits!)

Mike Brogden is Honorary Professor at the Department of Applied Social Sciences at the University of Lancaster. He has served as an advisor to several governments on policing matters, and inter alia, served as EU Security Advisor for the first democratic election of 1994 in South Africa. Graham Ellison is Senior Lectuerer in Criminology, School of Law, Queen's University, Belfast. He has been a Senior International Expert to the United Nations Development Programme (UNDP) in Turkey in respect of the civilian oversight of the police there.

A Preview for this title is currently not available.
More Books By Graham Ellison
View All