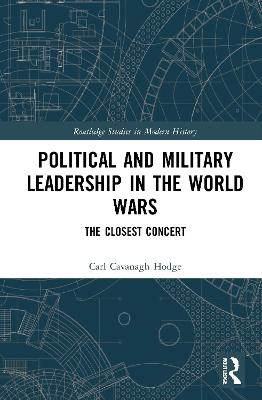 Political and Military Leadership in the World Wars: The Closest Concert

Description - Political and Military Leadership in the World Wars: The Closest Concert by Carl Cavanagh Hodge

This book approaches the World Wars and the decades between them as a single unit in modern history. It is impossible to understand either the cause or conduct of the 1939-45 war without an appreciation of the issues not wholly answered in the conflict of 1914-18. Bridging the World Wars was the establishment, revision, and ultimate collapse of the Versailles settlement and the League of Nations system between 1919 and 1939. The 1919 settlement was contested in the 1920s by Fascist Italy and began to unravel irreparably in 1931 with Japan's incursion into Manchuria. The strategic thought of the interwar years is therefore especially instructive in assessing the prosecution of WWII, as the military ventures of these two revisionist powers pointed toward future developments even before Germany thrust a new way of war upon Eastern and Western Europe. Meanwhile, Britain, France, and the United States began an incremental conversion to new approaches to war in the air and on the sea in particular. The interwar decades are best understood as a period of calibrated rearmament by all the powers based on assumptions about the probability of a future war and the nature of its prosecution.

» Have you read this book? We'd like to know what you think about it - write a review about Political and Military Leadership in the World Wars: The Closest Concert book by Carl Cavanagh Hodge and you'll earn 50c in Boomerang Bucks loyalty dollars (you must be a Boomerang Books Account Holder - it's free to sign up and there are great benefits!)


A Preview for this title is currently not available.
More Books By Carl Cavanagh Hodge
View All