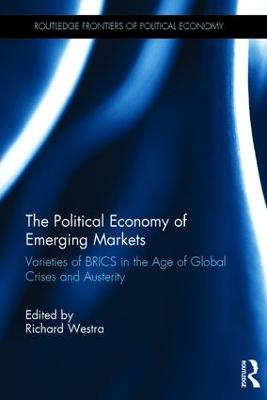 The Political Economy of Emerging Markets

Varieties of Brics in the Age of Global Crises and Austerity

Description - The Political Economy of Emerging Markets by Richard Westra

Rapid and sustained growth in the twenty-first-century global economy of large developing economies including Brazil, Russia, India, China, and South Africa, has captivated policy-makers and popular business press pundits alike. The coining of the new acronym BRICS and widespread adoption in international economics discourse of the designation "emerging markets" is symptomatic of that interest.

The Political Economy of Emerging Markets situates the BRICS phenomena in the global economic context of advanced economies continuing to languish in recession and hovering over a deflationary abyss several years after the meltdown. A key question this volume seeks to answer is whether the BRICS and so-called "emerging market" phenomenon is really the new miracle it is presented as, offering new or modified varieties of reloaded capitalist development to the world, or yet another mirage. Written by ten leading global experts, this book answers the tough questions over BRICS and emerging markets potentially realizing new varieties of reloaded capitalism. It is not only international and interdisciplinary but uniquely multiperspectival. Theories framing chapters are not of one genre, but generate theoretical debate at the frontier of knowledge in political economy along with nuanced empirical analysis which flows from it.

Other Editions - The Political Economy of Emerging Markets by Richard Westra 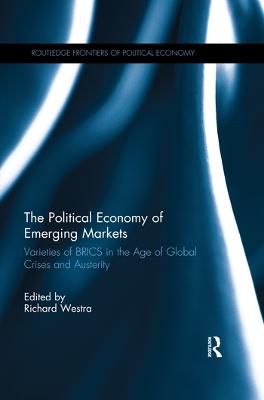 » Have you read this book? We'd like to know what you think about it - write a review about Political Economy of Emerging Markets book by Richard Westra and you'll earn 50c in Boomerang Bucks loyalty dollars (you must be a Boomerang Books Account Holder - it's free to sign up and there are great benefits!)

Richard Westra is Designated Professor in the Graduate School of Law, Nagoya University, Japan. He is author or editor of 14 books. His work has been published in numerous international peer reviewed journals.

A Preview for this title is currently not available.
More Books By Richard Westra
View All

The Political Economy of Emerging Markets: Varieties of BRICS in the Age of Global Crises and Austerity
$73.79 $81.99

Varieties of Alternative Economic Systems: Practical Utopias for an Age of Global Crisis and Austerity
$73.79 $81.99