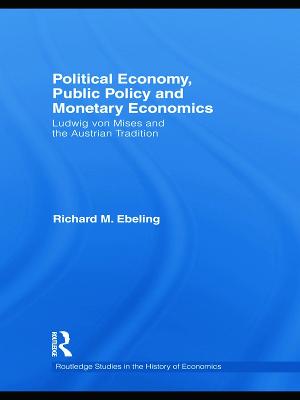 Austrian economist, Ludwig von Mises, was one of the most original and controversial economists of the 20th century, both as a defender of free-market liberalism and a leading opponent of socialism and the interventionist-welfare state. He was both the grant designer of a political economy of freedom and a trenchant, detailed critic of government regulatory and monetary policies in the first half of the 20th century.

This fascinating book explores the cultural currents of anti-Semitism in Austria before and after the First World War that Mises confronted as an Austrian Jew; his analysis of Austria-Hungary's establishment of a gold standard; Mises' multi-sided activities in the years after the World War I in stemming a hyperinflation, opposing government fiscal mismanagement, and resisting misguided policies during the Great Depression; and his analysis of how Europe plunged into World War II and the policies to restore freedom and prosperity in the post-war period. It also discusses the confrontation between the Austrian Economists and the Keynesians over the causes and cures for the Great Depression, as well as how Mises' "Austrian" approach to money and the business cycle contrasted with both the ideas of Joseph A. Schumpeter and the Swedish Economists of the interwar period.

This volume breaks new ground in placing Ludwig von Mises' many original views on political economy, public policy and monetary economics in the historical context of his time, especially during the interwar period when he was a senior economic analyst for the Vienna Chamber of Commerce and after his arrival in America during World War II. The book will therefore be of interest to students and researchers in monetary economics, political economy, expectations theory and the market process, and the history of economic thought. 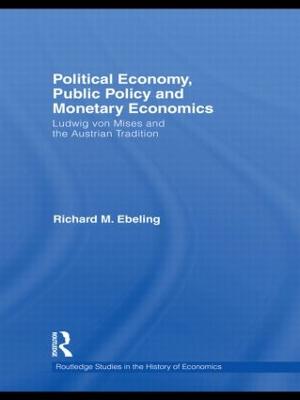 » Have you read this book? We'd like to know what you think about it - write a review about Political Economy, Public Policy and Monetary Economics book by Richard M. Ebeling and you'll earn 50c in Boomerang Bucks loyalty dollars (you must be a Boomerang Books Account Holder - it's free to sign up and there are great benefits!)

Richard M. Ebeling is Professor of Economics at Northwood University in Midland, Michigan.

A Preview for this title is currently not available.
More Books By Richard M. Ebeling
View All