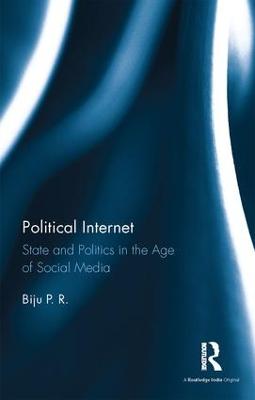 State and Politics in the Age of Social Media

This book investigates the Internet as a site of political contestation in the Indian context. It widens the scope of the public sphere to social media, and explores its role in shaping the resistance and protest movements on the ground. The volume also explores the role of the Internet, a global technology, in framing debates on the idea of the nation state, especially India, as well as diplomacy and international relations. It also discusses the possibility of whether Internet can be used as a tool for social justice and change, particularly by the underprivileged, to go beyond caste, class, gender and other oppressive social structures.

A tract for our times, this book will interest scholars and researchers of politics, media studies, popular culture, sociology, international relations as well as the general reader. 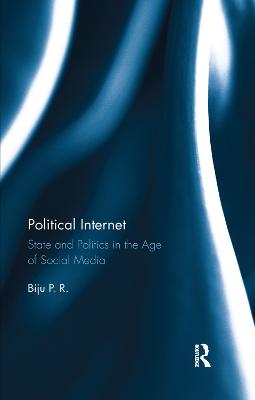 » Have you read this book? We'd like to know what you think about it - write a review about Political Internet book by Biju P. R. and you'll earn 50c in Boomerang Bucks loyalty dollars (you must be a Boomerang Books Account Holder - it's free to sign up and there are great benefits!)

Biju P. R. is Assistant Professor, Department of Political Science, Government Brennen College, Thalassery, Kerala, India. He is a writer, blogger and teacher with research interests in the Internet, politics and social change. He has written extensively on the interfaces of social media and politics in popular web journals, academic outlets and online news portals. He is a peer-reviewer for reputed journals such as the Asian Journal of Communication and contributor to South Asia Politics, and online outlets such as Merinews, India Opines and Countercurrents.org. He is the author of the books Myth of Social Media Politics (2016); Intimate Speakers (2016); Intimate Revolution: Cyber Sexuality in the Antiporn Nation (forthcoming) and is presently working on a novel.

A Preview for this title is currently not available.
More Books By Biju P. R.
View All