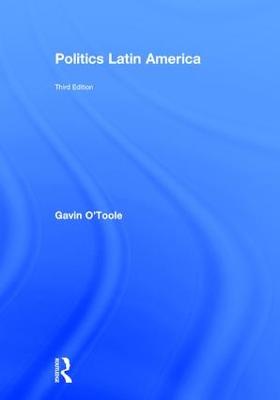 Politics Latin America examines the role of Latin America in the world and its importance to the study of politics with particular emphasis on the institutions and processes that exist to guarantee democracy and the forces that threaten to compromise it.

Now in its third edition and fully revised to reflect recent developments in the region, Politics Latin America provides students and teachers with an accessible overview of the region's unique political and economic landscape, covering every aspect of governance in its 21 countries. The book examines the international relations of Latin American states as they seek to carve out a role in an increasingly globalised world and will be an ideal introduction for undergraduate courses in Latin American politics, comparative politics, and other disciplines. This new edition will include:

This book is essential reading for undergraduates taking courses in Latin American Politics. » Have you read this book? We'd like to know what you think about it - write a review about Politics Latin America book by Gavin O'Toole and you'll earn 50c in Boomerang Bucks loyalty dollars (you must be a Boomerang Books Account Holder - it's free to sign up and there are great benefits!)

Gavin O'Toole has taught Latin American politics and democratic theory at Queen Mary University of London, and was a Visiting Postdoctoral Fellow at London's Institute for the Study of the Americas. He is the author of The Reinvention of Mexico (2010), Environmental Politics in Latin America and the Caribbean (2014), and the co-editor of Che in Verse (2007).

A Preview for this title is currently not available.
More Books By Gavin O'Toole
View All