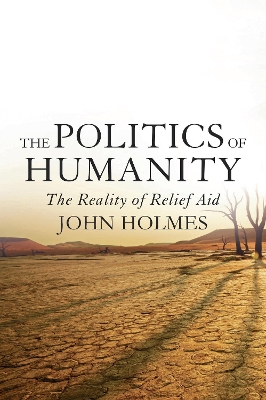 The Politics of Humanity

The Reality of Relief Aid

Description - The Politics of Humanity by John Holmes

A searingly honest evaluation of the frustrations and difficulties of the world of humanitarian relief.

John Holmes was the UN Under-Secretary-General for Humanitarian Affairs from 2007 until 2010. His work took him to some of the most troubled areas of the world: to Sri Lanka, Darfur, Somalia and the Democratic Republic of the Congo, among other places, and exposed him to the harsh realities of humanitarian aid.

Frequently he found that the UN's humanitarian programmes in these hotspots were tolerated but consistently undermined and mistrusted by both sides in any conflict, and its efforts to protect civilians and provide humanitarian relief frustrated by people working for purely political ends.

Clear-eyed about the realities of development aid, Holmes realised early on that his role was to be a voice to the voiceless. THE POLITICS OF HUMANITY exposes, in often depressing detail, how difficult this job is, as well as analysing and exploring in great depth the wider policy questions of his role.

Other Editions - The Politics of Humanity by John Holmes 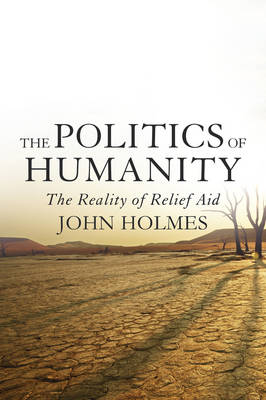 Book Reviews - The Politics of Humanity by John Holmes

» Have you read this book? We'd like to know what you think about it - write a review about Politics of Humanity book by John Holmes and you'll earn 50c in Boomerang Bucks loyalty dollars (you must be a Boomerang Books Account Holder - it's free to sign up and there are great benefits!)

John Holmes worked in the Foreign Office for 34 years, finishing as Ambassador in Paris, before taking up the role of UN USG for Humanitarian Affairs in 2007.

A Preview for this title is currently not available.
More Books By John Holmes
View All

Temple of Science: The Pre-Raphaelites and Oxford University Museum of Natural History
$62.99 $69.99

Dante Gabriel Rossetti and the Late Victorian Sonnet Sequence: Sexuality, Belief and the Self
$249.48 $252.00

The Art of Rhetoric Made Easy: Or, the Elements of Oratory Briefly Stated, and Fitted for the Practice of the Studious Youth of Great Britain and Ireland: In Two Books. the First Comprehending the Principles of That Excellent Art, Conformable To, and Supp
$79.14 $87.93

The Grammarian's Geography and Astronomy Ancient and Modern, Exemplified in the Use of the Globes Terraqueous and C]lestial. ... in Two Parts. ... the Geographical Part Comprehending the Ancient and Modern Names
$62.89 $69.88

The Art of Rhetoric Made Easy: Or, the Elements of Oratory Briefly Stated, and Fitted for the Practice of the Studious Youth of Great-Britain and Ireland: In Two Books. ... by John Holmes, ...
$47.04 $52.27