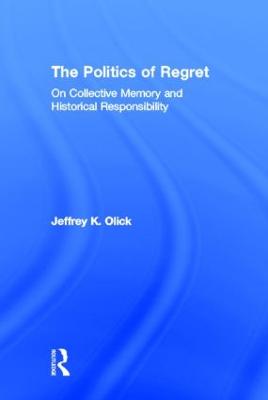 The Politics of Regret

On Collective Memory and Historical Responsibility

Description - The Politics of Regret by Jeffrey K. Olick

In the past decade, Jeffrey Olick has established himself as one of the world's pre-eminent sociologists of memory (and, related to this, both cultural sociology and social theory). His recent book on memory in postwar Germany, In the House of the Hangman (University of Chicago Press, 2005) has garnered a great deal of acclaim. This book collects his best essays on a range of memory related issues and adds a couple of new ones. It is more conceptually expansive than his other work and will serve as a great introduction to this important theorist. In the past quarter century, the issue of memory has not only become an increasingly important analytical category for historians, sociologists and cultural theorists, it has become pervasive in popular culture as well. Part of this is a function of the enhanced role of both narrative and representation - the building blocks of memory, so to speak - across the social sciences and humanities. Just as importantly, though, there has also been an increasing acceptance of the notion that the past is no longer the province of professional historians alone. Additionally, acknowledging the importance of social memory has not only provided agency to ordinary people when it comes to understanding the past, it has made conflicting interpretations of the meaning of the past more fraught, particularly in light of the terrible events of the twentieth century.

Olick looks at how catastrophic, terrible pasts - Nazi Germany, apartheid South Africa - are remembered, but he is particularly concerned with the role that memory plays in social structures. Memory can foster any number of things - social solidarity, nostalgia, civil war - but it always depends on both the nature of the past and the cultures doing the remembering. Prior to his studies of individual episodes, he fully develops his theory of memory and society, working through Bergson, Halbwachs, Elias, Bakhtin, and Bourdieu.

Other Editions - The Politics of Regret by Jeffrey K. Olick 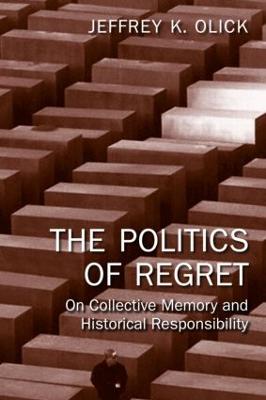 Book Reviews - The Politics of Regret by Jeffrey K. Olick

» Have you read this book? We'd like to know what you think about it - write a review about Politics of Regret book by Jeffrey K. Olick and you'll earn 50c in Boomerang Bucks loyalty dollars (you must be a Boomerang Books Account Holder - it's free to sign up and there are great benefits!)

Jeffrey K. Olick is Professor of Sociology and History at the University of Virginia. His previous books include "In the House of the Hangman: The Agonies of German Defeat, 1943-1949" (Chicago 2005) and "States of Memory: Continuities, Conflicts, and Transformations in National Retrospection" (Duke 2003).