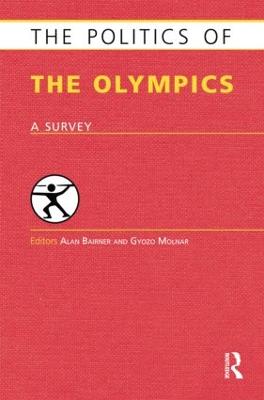 The Politics of the Olympics

Description - The Politics of the Olympics by Alan Bairner

The essay chapters, including an editorial introduction, are written by a variety of academic experts. They focus on the politics of the Olympic movement, the politics of hosting the Games, the political implications of performance enhancement, and gender, terrorism and physical impairment within the Olympic context. The remaining chapters are case studies that are specific to certain countries or regions - Germany during the rise to power of National Socialism, Eastern Europe in the Cold War era, South Korea and Taiwan. Each chapter is accompanied by a select bibliography.

The A-Z Glossary provides up-to-date and concise information on famous Olympians, presidents of the International Olympic Committee, specific events, boycotts and demonstrations - each of which has been politically significant in the history of the Games. Entries are cross-referenced for ease of use.

A map of the venues for the Olympic Games is also included.

Buy The Politics of the Olympics by Alan Bairner from Australia's Online Independent Bookstore, Boomerang Books.

Other Editions - The Politics of the Olympics by Alan Bairner 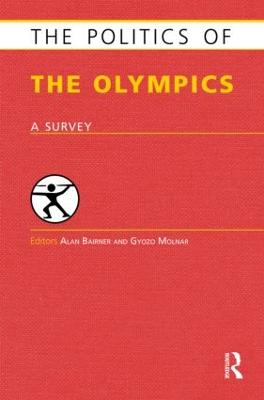 Book Reviews - The Politics of the Olympics by Alan Bairner

» Have you read this book? We'd like to know what you think about it - write a review about Politics of the Olympics book by Alan Bairner and you'll earn 50c in Boomerang Bucks loyalty dollars (you must be a Boomerang Books Account Holder - it's free to sign up and there are great benefits!)

Alan Bairner is Professor of Sport and Social Theory at Loughborough University (UK), having previously worked at the University of Ulster for 25 years. He is co-author (with John Sugden) of Sport, Sectarianism and Society in a Divided Ireland (1993) and author of Sport, Nationalism and Globalization: European and North American Perspectives (2001). He edited Sport and the Irish: Histories, Identities, Issues (2005) and wsa joint editor (with John Sugden) of Sport in Divided Societies (1999) and (with Jonathan Magee and Alan Tomlinson) of The Bountiful Game? Football Identities and Finances (2005). He serves on the editorial boards of the International Review for the Sociology of Sport and the International Journal of Sport Policy. Gyozo Molnar is Senior Lecturer in Sport Studies in the Institute of Sport and Exercise Science at the University of Worcester (UK). He completed his doctorate in the sociology of sport at Loughborough University, was the co-ordinator for the Centre for Olympic Studies and Research, and has taught modules in the areas of sociology and politics of sports and exercise. His recent publications and research revolved around migration, football, globalization, national identity, the Olympics and sport-related role exit.

A Preview for this title is currently not available.
More Books By Alan Bairner
View All