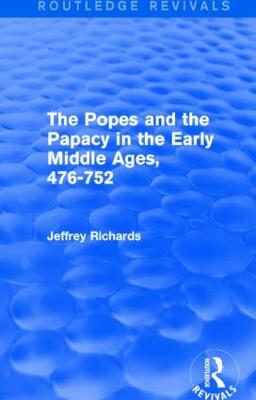 The Popes and the Papacy in the Early Middle Ages

There has been a tendency to the view the history of the early medieval papacy predominantly in ideological terms, which has resulted in the over-exaggeration of the idea of the papal monarchy. In this study, first published in 1979, Jeffrey Richards questions this view, arguing that whilst the papacy's power and responsibility grew during the period under discussion, it did so by a series of historical accidents rather than a coherent radical design.

The title redresses the imbalance implicit in the monarchical interpretation, and emphasizes other important political, administrative and social aspects of papal history. As such it will be of particular value to students interested in the history of the Church; in particular, the development of the early medieval papacy, and the shifting policies and characteristics of the popes themselves.

Buy The Popes and the Papacy in the Early Middle Ages by Jeffrey Richards from Australia's Online Independent Bookstore, Boomerang Books. 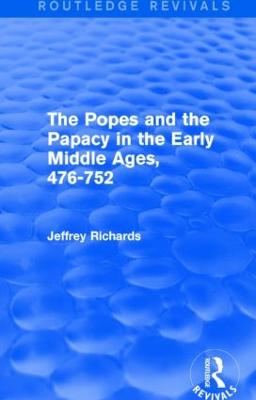 » Have you read this book? We'd like to know what you think about it - write a review about Popes and the Papacy in the Early Middle Ages book by Jeffrey Richards and you'll earn 50c in Boomerang Bucks loyalty dollars (you must be a Boomerang Books Account Holder - it's free to sign up and there are great benefits!)


A Preview for this title is currently not available.
More Books By Jeffrey Richards
View All

The Golden Age of Pantomime: Slapstick, Spectacle and Subversion in Victorian England
$53.99 $59.99