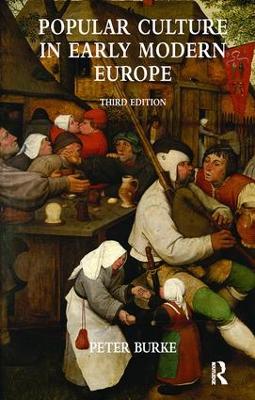 The concept of cultural history has in the last few decades come to the fore of historical research into early modern Europe. Due in no small part to the pioneering work of Peter Burke, the tools of the cultural historian are now routinely brought to bear on every aspect of history, and have transformed our understanding of the past. First published in 1978, this study examines the broad sweep of pre-industrial Europe's popular culture. From the world of the professional entertainer to the songs, stories, rituals and plays of ordinary people, it shows how the attitudes and values of the otherwise inarticulate shaped - and were shaped by - the shifting social, religious and political conditions of European society between 1500 and 1800. This third edition of Peter Burke's groundbreaking study has been published to mark the thirtieth anniversary of the book's publication in 1978. It provides a new introduction reflecting the growth of cultural history, and its increasing influence on 'mainstream' history, as well as an extensive supplementary bibliography which further adds to the information about new research in the area. 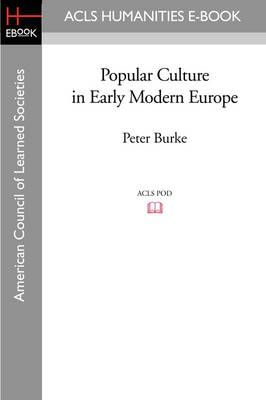 » Have you read this book? We'd like to know what you think about it - write a review about Popular Culture in Early Modern Europe book by Peter Burke and you'll earn 50c in Boomerang Bucks loyalty dollars (you must be a Boomerang Books Account Holder - it's free to sign up and there are great benefits!)


A Preview for this title is currently not available.
More Books By Peter Burke
View All

The Criminal Law, and Its Sentences, in Treasons, Felonies, and Misdemeanors: With an Addendum Including All Statutable Alterations and Additions Down to the Present Time
$85.08 $94.53