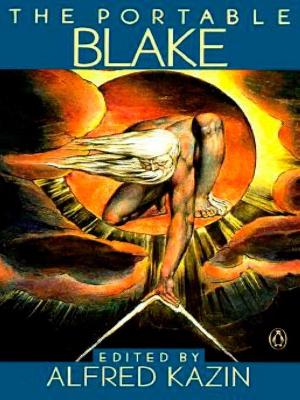 The Portable Blake contains the hermetic genius's most important works- Songs of Innocence and Songs of Experience in their entirety; selections from his "prophetic books"-including The Marriage of Heaven and Hell, Visions of the Daughters of Abion, America, The Book of Urizen, and The Four Zoas-and from other works of poetry and prose, as well as the complete drawings for The Book of Job.

» Have you read this book? We'd like to know what you think about it - write a review about Portable Blake book by William Blake and you'll earn 50c in Boomerang Bucks loyalty dollars (you must be a Boomerang Books Account Holder - it's free to sign up and there are great benefits!)

WILLIAM BLAKE was born in London in 1757. He was educated at home and then worked as an apprentice to the engraver James Basire before joining the Royal Academy in 1779. In 1782 he married Catherine Boucher, and a year later began his career as a poet when he published Poetical Sketches. This was followed by Songs of Innocence (1789) and Songs of Experience (1794), which he also designed and engraved. His other major literary works include The Book of Thel (1789), The Marriage of Heaven and Hell (c. 1793), Milton (1804-8), and Jerusalem (1804-20). He produced many paintings and engravings during his lifetime. Blake died in 1827. ALFRED KAZIN was born in Brooklyn in 1915. His first book of criticism, On Native Grounds (1942), was a groundbreaking study of American literature that changed radically our way of looking at it, and established him overnight as a major figure. In a series of books of his own since then, and in many critically edited texts of classic American literary works, he established himself as our preeminent man of letters. He taught widely at Harvard, Smith, Amherst, Hunter College, the Graduate Center of the City University of New York, and elsewhere. In 1996 he received from the Truman Capote Literary Trust its first Lifetime Achievement Award in Literary Criticism (in memory of Newton Arvin). He died in 1998.