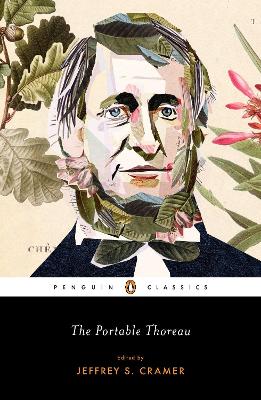 An updated edition of Thoreau's most widely read works

Self-described as "a mystic, a transcendentalist, and a natural philosopher to boot," Henry David Thoreau dedicated his life to preserving his freedom as a man and as an artist. Nature was the fountainhead of his inspiration and his refuge from what he considered the follies of society. Heedless of his friends' advice to live in a more orthodox manner, he determinedly pursued his own inner bent-that of a poet-philosopher-in prose and verse. Edited by noted Thoreau scholar Jeffrey S. Cramer, this edition promises to be the new standard for those interested in discovering the great thinker's influential ideas about everything from environmentalism to limited government.

» Have you read this book? We'd like to know what you think about it - write a review about Portable Thoreau book by Henry Thoreau and you'll earn 50c in Boomerang Bucks loyalty dollars (you must be a Boomerang Books Account Holder - it's free to sign up and there are great benefits!)

Henry David Thoreau (1817-62) was born in Concord, Massachusetts and educated at Harvard. He became a follower and a friend of Emerson, and described himself as a mystic and a transcendentalist. Although he published only two books in his lifetime, Walden (from which this book is taken) is regarded as a literary masterpeice and one of the most significant books of the nineteenth century.

A Preview for this title is currently not available.
More Books By Henry Thoreau
View All