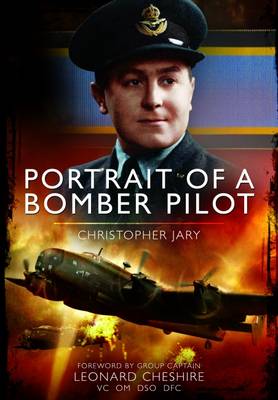 Portrait of a Bomber Pilot

Description - Portrait of a Bomber Pilot by Christopher Martin Jary

During the Second World War RAF Bomber Command produced a handful of remarkable pilots who won fame and high honours: Gibson, Cheshire, Martin, Tait, and Searby. The majority of aircrew, however, were young sergeants, many of whom did not survive to complete a first tour of thirty operations. Between the two extremes there were, on every squadron, one or two senior captains who had survived one tour and whose experience, skill, courage, and example made a vital contribution to their squadron's life, training and operational success. This book is about one such captain, Flight-Lietenant Jack Wetherly, DFC. It traces his development from novice second pilot of a Wellington in the pioneering days of 1940 to senior captain of a Halifax in Wing-Commander Leonard Cheshire's squadron in what MRAF Sir Arthur Harris called his 'Main Offensive'. It deals also with his pre-war life and service, flying tiny bi-planes with the RAFVR, and with his career as a flying instructor at the RAF College Cranwell and as an instructor of instructors at RAF Montrose. Above all, it is a personal book, inspired by the sacrifice made nearly half a century ago by a young man of twenty-eight. REVIEWS: ''Reading Portrait of a Bomber Pilot, I felt that I was living with Jack Wetherly through the last few years of his young life. He's a good man to be with honorable, selfless, and an exceptional pilot...Christopher Jary has written of Jack Wetherly carefully, unsentimentally, and very movingly. He has added a chapter to the brave, sad story of World War Two''. WW2 Connection ILLUSTRATIONS: 40 integrated images

» Have you read this book? We'd like to know what you think about it - write a review about Portrait of a Bomber Pilot book by Christopher Martin Jary and you'll earn 50c in Boomerang Bucks loyalty dollars (you must be a Boomerang Books Account Holder - it's free to sign up and there are great benefits!)

Portrait of a bomber pilot is a moving tribute to one of Bomber Commands many pilots that never made it through the Second World War. What makes the tribute all the more poignant is that it is written by Jack Weatherly's stepson. Even more remarkable is the fact that the stepson in question (Christopher Jary) never met Jack Wetherly. Jacks widow (Christopher's mother) later remarried and as a result Christopher was born some 13 years after Jacks death. According to Christopher Jary he had two strong male figures to look up to, his father a Military Cross winner who made it through the entire Normandy campaign and Jack whose presence was a large part of his family's makeup. The Foreword is by Leonard Cheshire who was Jacks Wing-Commander in 76 squadron. He recalls Jack as "a brave, cheerful, competent and an entirely uncomplicated young man" and goes on to say how well researched and written the book is considering the family tie to the author. The Bomber Command Monument at Green Park that the Queen unveiled last June (2012) was an important recognition of what these brave men sacrificed. This book is a personal monument to a sadly missed father. World War II and Bomber Command are long gone but Portrait of a Bomber Pilot helps to keep the memory alive. - WW2 Connection