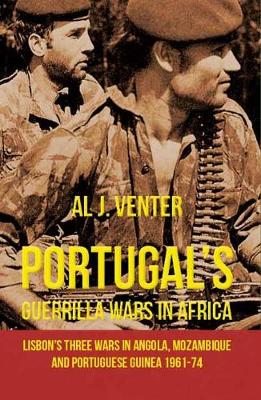 Portugal's three wars in Africa in Angola, Mozambique and Portuguese Guinea (Guine-Bissau today) lasted almost 13 years - longer than the United States Army fought in Vietnam. Yet they are among the most underreported conflicts of the modern era. Commonly referred to as Lisbon's Overseas War (Guerra do Ultramar) or in the former colonies, the War of Liberation (Guerra de Libertacao), these struggles played a seminal role in ending white rule in Southern Africa. Though hardly on the scale of hostilities being fought in South East Asia, the casualty count by the time a military coup d'etat took place in Lisbon in April 1974 was significant. It was certainly enough to cause Portugal to call a halt to violence and pull all its troops back to the Metropolis. Ultimately, Lisbon was to move out of Africa altogether, when hundreds of thousands of Portuguese nationals returned to Europe, the majority having left everything they owned behind. Independence for all the former colonies, including the Atlantic islands, followed soon afterwards. Lisbon ruled its African territories for more than five centuries, not always undisputed by its black and mestizo subjects, but effectively enough to create a lasting Lusitanian tradition. That imprint is indelible and remains engraved in language, social mores and cultural traditions that sometimes have more in common with Europe than with Africa. Today, most of the newspapers in Luanda, Maputo - formerly Lourenco Marques - and Bissau are in Portuguese, as is the language taught in their schools and used by their respective representatives in international bodies to which they all subscribe. Indeed, on a recent visit to Central Mozambique in 2013, a youthful member of the American Peace Corps told this author that despite having been embroiled in conflict with the Portuguese for many years in the 1960s and 1970s, he found the local people with whom he came into contact inordinately fond of their erstwhile 'colonial overlords'. As a foreign correspondent, Al Venter covered all three wars over more than a decade, spending lengthy periods in the territories while going on operations with the Portuguese army, marines and air force. In the process he wrote several books on these conflicts, including a report on the conflict in Portuguese Guinea for the Munger Africana Library of the California Institute of Technology. Portugal's Guerrilla Wars in Africa represents an amalgam of these efforts. At the same time, this book is not an official history, but rather a journalist's perspective of military events as viewed by somebody who has made a career of reporting on overseas wars, Africa's especially. Venter's camera was always at hand; most of the images used between these covers are his. His approach is both intrusive and personal and he would like to believe that he has managed to record for posterity a tiny but vital segment of African history. » Have you read this book? We'd like to know what you think about it - write a review about Portugal'S Guerilla Wars in Africa book by Al J. Venter and you'll earn 50c in Boomerang Bucks loyalty dollars (you must be a Boomerang Books Account Holder - it's free to sign up and there are great benefits!)

British national Al Venter has written more than a dozen books on recent military history including "War Dog: Fighting Other People's Wars" on mercenaries as well as "Gunship Ace" (which covers the exploits of Neall Ellis, the world's most famous mercenary aviator). He spent much of his professional career reporting on wars for Jane's Information Group as well as for various news and photo agencies. These assignments ranged from visiting Beirut several times to cover the Lebanese civil war from the Christian side to a spate of African conflicts that included Biafra, South Africa's border wars, the Rhodesia insurgency, the Congo, Tanzania's invasion of Idi Amin's Uganda, Executive Outcomes mercenary operations in Angola and Sierra Leone and others. He was operational in El Salvador's guerrilla struggle and later, in the Balkans. At the behest of the CIA, he made a one-hour TV documentary on the Soviet offensive in Afghanistan in the mid-1980s. Venter has written three books on nuclear proliferation, including Iran's Nuclear Option and How South Africa Built Six Atom Bombs. He originally qualified as a Fellow of the Institute of Chartered Shipbrokers at the Baltic Exchange in London.

A Preview for this title is currently not available.
More Books By Al J. Venter
View All

The Last of Africa's Cold War Conflicts: Portuguese Guinea and its Guerilla Insurgency
$67.50 $75.00