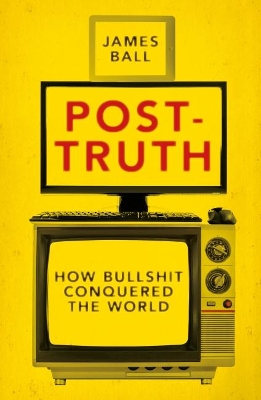 How Bullshit Conquered the World

2016 marked the dawn of the post-truth era. The year saw two shock election results, each of which has the potential to reshape the world: the UK's decision to leave the EU, and the elevation of Donald Trump to the office of US President. The campaigns highlighted many of the same issues in their home countries: social division, anger at the elite, anti-immigration sentiment, and more - but, more than anything, they heralded an unprecedented rise of bullshit.

Sophistry and spin have been part of politics since the dawn of time. But the modern era sees millions being fed false reports that Hillary Clinton ordered 30,000 guillotines to use on her opponents following her victory, while Trump claims he 'never said that' about speeches recorded on video, and the Leave campaign's divisive claims about GBP350 million extra funding for the NHS and 'swarms' of new EU immigrants from Turkey prove pivotal in a referendum.

Post-truth is bigger than fake news and bigger than social media. It's about the slow rise of a political, media, and online infrastructure that has devalued truth. Bullshit gets you noticed. Bullshit makes you rich. Bullshit can even pave your way to the Oval Office.This is the story of bullshit: what's being spread, who's spreading it, why it works - and what we can do to tackle it.

» Have you read this book? We'd like to know what you think about it - write a review about Post-Truth book by James Ball and you'll earn 50c in Boomerang Bucks loyalty dollars (you must be a Boomerang Books Account Holder - it's free to sign up and there are great benefits!)

James Ball has worked in political, data and investigative journalism in the US and UK for BuzzFeed, The Guardian and the Washington Post in a career spanning TV, digital, print and alternative media. His reporting has won the Pulitzer Prize for public service, the Scripps Howard Prize, the British Journalism Award for investigative reporting, The Royal Statistical Society Award and the Laurence Stern Fellowship, among others.

A Preview for this title is currently not available.
More Books By James Ball
View All

Autism After the Pandemic: A Step by Step Guide to Successfully Transition Back to School and Work
$31.53 $35.03

The Cantonese Made Easy Vocabulary: A Small Dictionary in English and Cantonese
$94.79 $105.32

Cantonese Made Easy: A Book of Simple Sentences in the Cantonese Dialect, with Free and Literal Translations, and Directions for the Rendering of English Grammatical Forms in Chinese, Part 1
$80.03 $88.92

Songs from the Heart of Things: A Complete Collection of All the Best Poems of James Ball Naylor
$90.57 $100.63