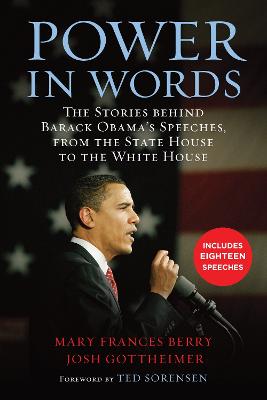 The Stories Behind Barack Obama's Speeches, from the State House to the White House

President Obama's words are one of the lasting legacies of his presidential campaign and administration.

InPower in Words,distinguished historian and civil rights activist Mary Frances Berry and former presidential speechwriter Josh Gottheimer introduce Obama's most memorable speeches, from his October 2002 speech against the war in Iraq and his November 2008 election-night victory speech to "A More Perfect Union," his March 2008 response to the Reverend Wright controversy, and lesser-known but revealing speeches, such as one given in Nairobi, Kenya, in August 2006.

For each speech, Berry and Gottheimer add a rich introduction that includes political analysis, provides insight and historical context, and features commentary straight from the speechwriters themselves-including Jon Favreau, Obama's chief speechwriter, and several other Obama campaign writers. Compelling and enduring,Power in Wordsdelivers the behind-the-scenes account of Obama's rhetorical legacy and is a collection to relish for years to come.

» Have you read this book? We'd like to know what you think about it - write a review about Power in Words book by Mary Frances Berry and you'll earn 50c in Boomerang Bucks loyalty dollars (you must be a Boomerang Books Account Holder - it's free to sign up and there are great benefits!)

Mary Frances Berry is the Geraldine R. Segal Professor of American Social Thought and professor of history at the University of Pennsylvania, and the author of nine books. The recipient of thirty-three honorary degrees, she has been chair of the U.S. Commission on Civil Rights, is a regular contributor to Politico, and has appeared on Real Time with Bill Maher, Anderson Cooper 360, The Daily Show, Tavis Smiley, and PBS's NewsHour. Josh Gottheimer was presidential speechwriter and special assistant to President Bill Clinton; appears on MSNBC, Fox News, and CNN as a political analyst; edited Ripples of Hope: Great American Civil Rights Speeches; and is executive president of the global PR firm Burson-Marsteller. Theodore Sorensen (1928-2010) was former special counsel and adviser to President John F. Kennedy and a widely published author on the presidency and foreign affairs. 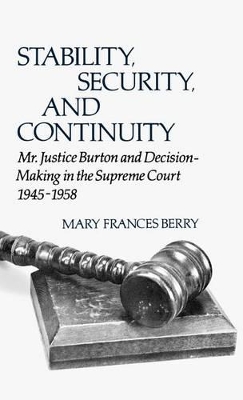 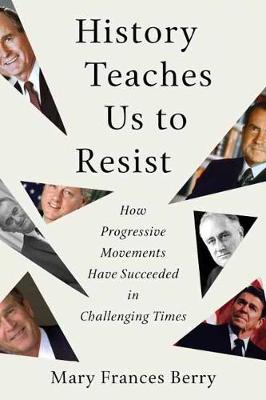 We Are Who We Say We Are
Paperback, December 2014 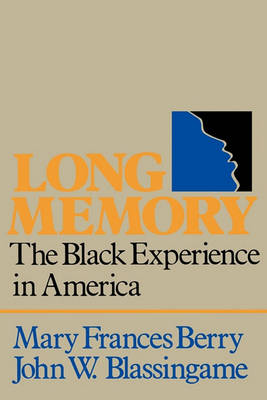