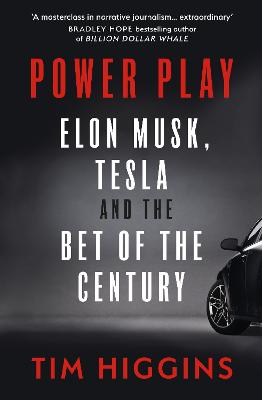 Power Play: Elon Musk, Tesla, and the Bet of the Century

Description - Power Play: Elon Musk, Tesla, and the Bet of the Century by Tim Higgins

Inside the outrageous, come-from-behind story of Elon Musk and Tesla's bid to build the world's greatest car and the race to drive the future.

Elon Musk is among the most controversial titans of Silicon Valley. To some he's a genius and a visionary and to others he's a mercurial huckster. Billions of dollars have been gained and lost on his tweets and his personal exploits are the stuff of tabloids. But for all his outrageous talk of mind-uploading and space travel, his most audacious vision is the one closest to the ground- the electric car.

When Tesla was founded in the 2000s, electric cars were novelties, trotted out and thrown on the scrap heap by carmakers for more than a century. But where most onlookers saw only failure, a small band of Silicon Valley engineers and entrepreneurs saw potential and they pitted themselves against the biggest, fiercest business rivals in the world, setting out to make a car that was quicker, sexier, smoother, cleaner than the competition.

Tesla would undergo a truly hellish fifteen years, beset by rivals, pressured by investors, hobbled by whistleblowers, buoyed by its loyal supporters. Musk himself would often prove Tesla's worst enemy--his antics repeatedly taking the company he had funded himself to the brink of collapse. Was he an underdog, an antihero, a conman, or some combination of the three?

Wall Street Journal tech and auto reporter Tim Higgins had a front-row seat for the drama- the pileups, wrestling for control, meltdowns, and the unlikeliest outcome of all, success. A story of power, recklessness, struggle, and triumph, Power Play is an exhilarating look at how a team of eccentrics and innovators beat the odds... and changed the future.

Other Editions - Power Play: Elon Musk, Tesla, and the Bet of the Century by Tim Higgins 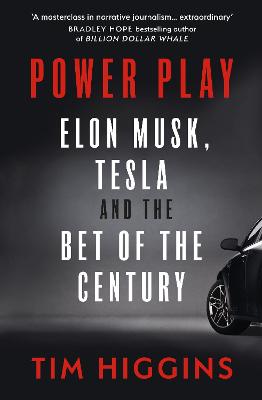 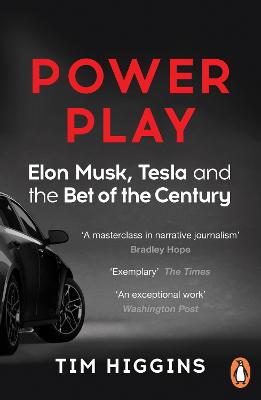 Book Reviews - Power Play: Elon Musk, Tesla, and the Bet of the Century by Tim Higgins

» Have you read this book? We'd like to know what you think about it - write a review about Power Play: Elon Musk, Tesla, and the Bet of the Century book by Tim Higgins and you'll earn 50c in Boomerang Bucks loyalty dollars (you must be a Boomerang Books Account Holder - it's free to sign up and there are great benefits!)


A Preview for this title is currently not available.
More Books By Tim Higgins
View All