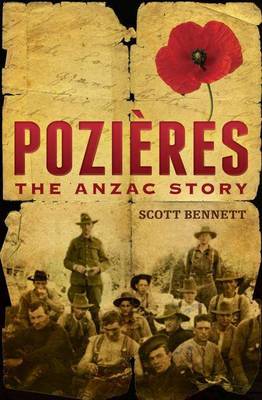 In 1916, a million men fought in the first battle of the Somme. Victory for both sides hinged on their ability to capture a small French village called Pozieres, perched on the highest ridge of the battlefield. After five attempts to seize it, the British retreated and called in the Anzacs to complete this seemingly impossible task. At midnight on 23 July 1916, thousands of young Australians stormed and took Pozieres. Forty-two days later they withdrew, having suffered 23,000 casualties for the gain of a few miles of barren, lunar landscape. Despite the withdrawal, the capture of Pozieres was heralded as a stunning tactical victory. Yet for the exhausted survivors, the war-weary public, and the families of the dead and maimed, victory came at such terrible cost it seemed indistinguishable from defeat. This account of the Pozieres battle tells the stories of the men who fought there. Drawing on their letters and diaries, it reveals a battlefield drenched in chaos, suffering, and fear.
Bennett sheds light on the story behind the official history, showing how commanders struggled with a war conducted on an unprecedented scale and how the survivors witnessed appalling human tragedy to return home as heroes but, too often, shattered men. While Gallipoli has entered the national mythology, Pozieres has received less attention. This superb book recreates the experiences of those men who fought in one of the largest and most devastating battles of the Great War.

Other Editions - Pozieres: The Anzac Story by Scott Bennett 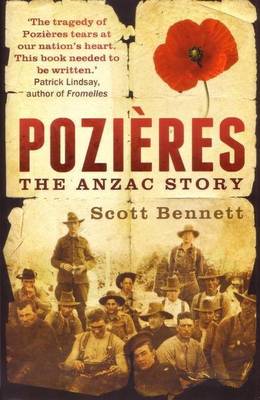 » Have you read this book? We'd like to know what you think about it - write a review about Pozieres: The Anzac Story book by Scott Bennett and you'll earn 50c in Boomerang Bucks loyalty dollars (you must be a Boomerang Books Account Holder - it's free to sign up and there are great benefits!)

Scott Bennett was born in Bairnsdale, Victoria, in 1966, and holds an Executive Master of Business Administration from the Australian Graduate School of Management at the University of Sydney. For the last ten years, he has worked for many of Australia's most recognised retail companies as a management consultant or an executive manager. In 2003, he visited the Great War battlefields in France and Belgium to retrace the steps of his great-uncles, who had fought there. The experience led him to question the many 'truths' that have developed around the Anzac legend. The result was the writing of Pozieres, which re-examines the battle of Pozieres and the Anzac legend.