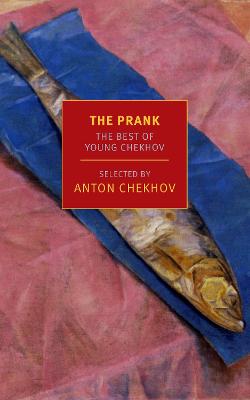 Description - The Prank by Anton Chekhov

The Prank is a major international literary discovery- the young Anton Chekhov's own selection of the best of his early work, here appearing for the first time in any language as the single volume its author intended it to be, and featuring two stories that have not been translated into English before.

In 1880, while pursuing his medical studies, Chekhov took up his pen the better to support himself and his family. In the next two years, he published more than sixty stories under various pseudonyms, soon gaining a reputation as a brilliant young writer. In 1882, he decided it was time to establish his name and claim to fame properly, and so heapicked and carefully put together the twelve stories he considered his best work, intending to publish them with illustrations by his brother Nikolay, a gifted artist himself. The Prank, as Chekhov entitled the book, was all setato go to the printer when a Tsarist censor suppressed the book. Why? Because, as Chekhov wrote to a friend, omy best stories uproot the foundations.o

» Have you read this book? We'd like to know what you think about it - write a review about Prank book by Anton Chekhov and you'll earn 50c in Boomerang Bucks loyalty dollars (you must be a Boomerang Books Account Holder - it's free to sign up and there are great benefits!)

Anton Chekhov (1860 1904), the son of a grocer and a serf, worked as a physician and ran an open clinic for the poor while also writing the plays and short stories that have established him as one of the greatest figures in Russian literature. NYRB Classics also publishes Peasants and Other Stories, edited by Edmund Wilson. a Nikolay Chekhov was a painter and brother of Anton Chekhov. He died of tuberculosis at the age of thirty-one. a Maria Bloshteyn is a translator and scholar of Russian and American literature. She lives in Toronto.