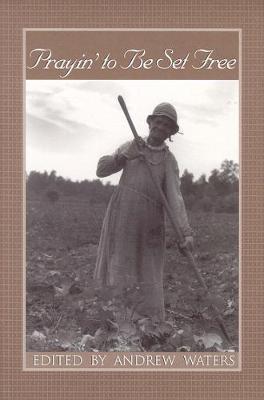 Prayin' to Be Set Free

Personal Accounts of Slavery in Mississippi

Description - Prayin' to Be Set Free by Andrew Waters

In his introduction to Prayin' to Be Set Free, Andrew Waters likens the personal accounts of former Mississippi slaves to the music of that state's legendary blues artists. The pain, the modest eloquence, and even the underlying vitality are much the same. What is now Mississippi wasn't acquired by the United States until 1798, at which time it had fewer than 10,000 inhabitants, excluding Native Americans. By the Civil War, it had over 430,000 slaves and 350,000 whites. More than half the whites were members of slave-owning families. The majority of slaves worked in the cotton fields. Mississippi was known as a slave-buying frontier state, in contrast to the eastern states, which sold slaves westward. Indeed, many of the former slaves in this book speak of coming to Mississippi as children. At the height of the Depression, the out-of-work wordsmiths who comprised the Federal Writers' Project began interviewing elderly African-Americans about their experiences under slavery. The former slaves were more than 70 years removed from bondage, but the memories of many of them were strikingly clear. The accounts from former Mississippi slaves are considered among the strongest in the entire collection. The 28 narratives presented here are the best of those.

Book Reviews - Prayin' to Be Set Free by Andrew Waters

» Have you read this book? We'd like to know what you think about it - write a review about Prayin' to Be Set Free book by Andrew Waters and you'll earn 50c in Boomerang Bucks loyalty dollars (you must be a Boomerang Books Account Holder - it's free to sign up and there are great benefits!)

A Preview for this title is currently not available.
More Books By Andrew Waters
View All

The Quaker and the Gamecock: Nathanael Greene, Thomas Sumter, and the Revolutionary War for the Soul of the South
Available, ships in 7-10 business days
$58.50 $65.00