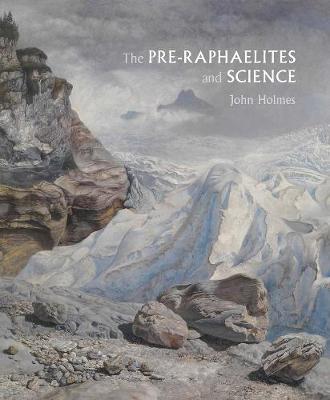 The Pre-Raphaelites and Science

Description - The Pre-Raphaelites and Science by John Holmes

This revelatory book traces how the Pre-Raphaelite Brotherhood and their close associates put scientific principles into practice across their painting, poetry, sculpture, and architecture. In their manifesto, The Germ, the Pre-Raphaelites committed themselves to creating a new kind of art modeled on science, in which precise observation could lead to discoveries about nature and humanity. In Oxford and London, Victorian scientists and Pre-Raphaelite artists worked together to design and decorate natural history museums as temples to God's creation. At the same time, journals like Nature and the Fortnightly Review combined natural science with Pre-Raphaelite art theory and poetry to find meaning and coherence within a worldview turned upside down by Darwin's theory of evolution. Offering reinterpretations of well-known works by John Everett Millais, William Holman Hunt, Dante Gabriel Rossetti, Ford Madox Brown, and William Morris, this major revaluation of the popular Victorian movement also considers less-familiar artists who were no less central to the Pre-Raphaelite project. These include William Michael Rossetti, Walter Deverell, James Collinson, John and Rosa Brett, John Lucas Tupper, and the O'Shea brothers, along with the architects Benjamin Woodward and Alfred Waterhouse.

Book Reviews - The Pre-Raphaelites and Science by John Holmes

» Have you read this book? We'd like to know what you think about it - write a review about Pre-Raphaelites and Science book by John Holmes and you'll earn 50c in Boomerang Bucks loyalty dollars (you must be a Boomerang Books Account Holder - it's free to sign up and there are great benefits!)

John Holmes is professor of Victorian literature and culture, University of Birmingham.

A Preview for this title is currently not available.
More Books By John Holmes
View All

Temple of Science: The Pre-Raphaelites and Oxford University Museum of Natural History
$62.99 $69.99

Dante Gabriel Rossetti and the Late Victorian Sonnet Sequence: Sexuality, Belief and the Self
$249.48 $252.00

The Art of Rhetoric Made Easy: Or, the Elements of Oratory Briefly Stated, and Fitted for the Practice of the Studious Youth of Great Britain and Ireland: In Two Books. the First Comprehending the Principles of That Excellent Art, Conformable To, and Supp
$79.14 $87.93

The Grammarian's Geography and Astronomy Ancient and Modern, Exemplified in the Use of the Globes Terraqueous and C]lestial. ... in Two Parts. ... the Geographical Part Comprehending the Ancient and Modern Names
$62.89 $69.88

The Art of Rhetoric Made Easy: Or, the Elements of Oratory Briefly Stated, and Fitted for the Practice of the Studious Youth of Great-Britain and Ireland: In Two Books. ... by John Holmes, ...
$47.04 $52.27