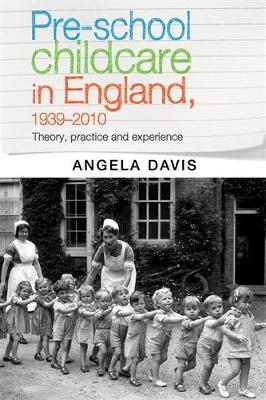 Pre-school childcare in England, 1939-2010 investigates how competing ideas about child development influenced the provision, practice and experience of childcare for the under fives since 1939. It explores how theories which developed during the war about the psychological harm caused by separating an infant from its mother influenced the organisation of childcare outside the family in light of the social, economic and demographic changes seen during the years that followed. Focusing on four different forms of childcare - day nurseries, nursery schools and classes, playgroups, and childminders - it considers how both individual families and wider society managed the care of young children in the context of dramatic increases in the employment of married women. Using a new body of oral history interviews specifically undertaken for the book, it also examines the experiences and effects of care on those involved and the current policy implications raised.

» Have you read this book? We'd like to know what you think about it - write a review about Pre-School Childcare in England, 1939-2010 book by Angela Davis and you'll earn 50c in Boomerang Bucks loyalty dollars (you must be a Boomerang Books Account Holder - it's free to sign up and there are great benefits!)

Angela Davis is Senior Research Fellow in History at the University of Warwick -- .

A Preview for this title is currently not available.
More Books By Angela Davis
View All

Freedom Is a Constant Struggle: Ferguson, Palestine, and the Foundations of a Movement
$99.19 $110.21