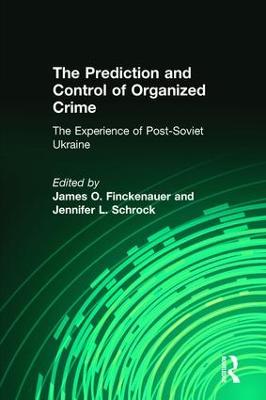 The Prediction and Control of Organized Crime

The Experience of Post-Soviet Ukraine

Description - The Prediction and Control of Organized Crime by Jennifer Schrock

Like most former Soviet republics, Ukraine has experienced a formidable proliferation of crime and corruption as it struggles with economic reform and the establishment of democracy.During the early 90s, Ukraine became one of the primary recipients of foreign assistance from the United States and its crime and corruption situation was increasingly seen as an impediment to economic transition and achieving a more democratic way of life. Thus in 1998, as part of a larger U.S. law enforcement assistance effort in Ukraine, the idea for a research partnership between criminologists and legal scholars in the two countries was born in this volume.The original research papers contained are the products of this ambitious research project. The realities of crime in post-Soviet Ukraine, as well as divergent methodological approaches and communication problems, presented the research partners with enormous challenges. This volume represents the culmination of that collaborative effort, and provides a singular look into the current crime situation in Ukraine, and into the potential global threat presented by Ukrainian organized crime.Contributions include analyses of the prediction and control of organized crime, trafficking in women and children for sexual exploitation, international money laundering, the transnational political criminal nexus of trafficking in women, countermeasures against economic crime and corruption, heroin trafficking, business victimization by organized crime, and understanding and combating organized crime. The Prediction and Control of Organized Crime will be critical reading for security planners, policymakers, and criminal justice officials, as well as comparative criminologists, legal scholars, and political scientists interested in organized crime and political corruption. 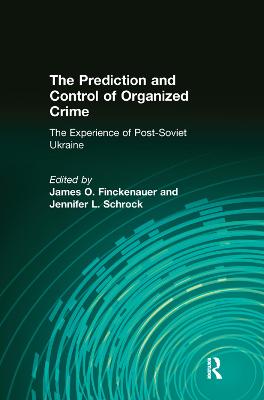 » Have you read this book? We'd like to know what you think about it - write a review about Prediction and Control of Organized Crime book by Jennifer Schrock and you'll earn 50c in Boomerang Bucks loyalty dollars (you must be a Boomerang Books Account Holder - it's free to sign up and there are great benefits!)


A Preview for this title is currently not available.
More Books By Jennifer Schrock
View All

The Prediction and Control of Organized Crime: The Experience of Post-Soviet Ukraine
$249.48 $252.00