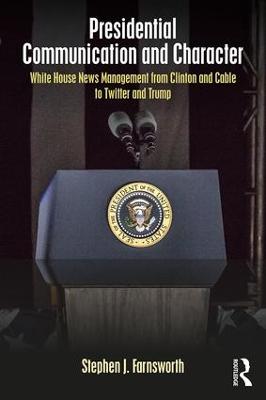 This book traces the evolution of White House news management during America's changing media environment over the past two decades. Comparing and contrasting the communication strategies of Bill Clinton, George W. Bush, Barack Obama, and Donald Trump, it demonstrates the difficulty that all presidents have in controlling their messages despite a seemingly endless array of new media outlets and the great advantages of the office. That difficulty is compounded by new media's amplification of presidential character traits for good or ill. Facebook, Twitter, and YouTube notwithstanding, presidential power still resides in the "power to persuade," and that task remains a steep challenge. More than ever, presidential character matters, and the media presidents now employ report on the messenger as much as the message.

The book also looks at the media strategies of candidates during the 2016 presidential campaign, puts presidential media use in global context, and covers the early phase of the Trump administration, the first true Twitter presidency.

Other Editions - Presidential Communication and Character by Stephen J. Farnsworth 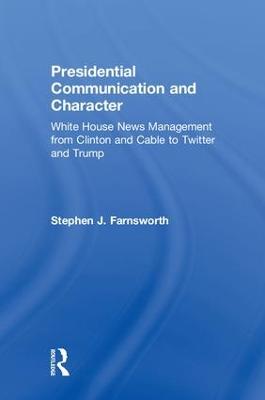 » Have you read this book? We'd like to know what you think about it - write a review about Presidential Communication and Character book by Stephen J. Farnsworth and you'll earn 50c in Boomerang Bucks loyalty dollars (you must be a Boomerang Books Account Holder - it's free to sign up and there are great benefits!)

Stephen J. Farnsworth is Professor of Political Science and International Affairs, and Director of the Center for Leadership and Media Studies, at the University of Mary Washington. He is the author or coauthor of six books on the presidency and the mass media, and is a 2017 recipient of the State Council of Higher Education for Virginia's Outstanding Faculty Award.

A Preview for this title is currently not available.
More Books By Stephen J. Farnsworth
View All