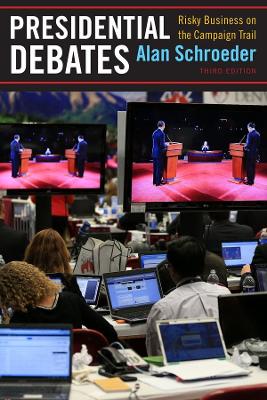 Alan Schroeder's big-picture history recounts the phenomenon of American televised presidential debates and its evolution over the past half century. From pundits to political operatives, from debate moderators to the viewing public, Presidential Debates reveals how the various stakeholders make and experience this powerful event. For this third edition, Schroeder analyzes the presidential debates of 2008 and 2012 and the crucial role that social media and contemporary news outlets had in shaping their design and reception. He also expands his coverage of previous campaigns, including the landmark meetings in 1960 between John F. Kennedy and Richard Nixon. Schroeder details an insider's view of the key phases of the debate: anticipation, in which the campaigns negotiate rules, formulate strategy, and steer press coverage; execution, in which the candidates, moderators, panelists, and television professionals create and project the event; and reaction, in which the commentators, spin doctors, and viewers evaluate the performance and move story lines in new directions. New chapters focus on real-time debate responses and the extent to which postdebate news coverage influences voters' decision making and candidates' behavior.

Other Editions - Presidential Debates: Risky Business on the Campaign Trail by Alan Schroeder 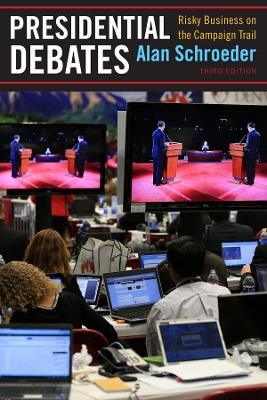 » Have you read this book? We'd like to know what you think about it - write a review about Presidential Debates: Risky Business on the Campaign Trail book by Alan Schroeder and you'll earn 50c in Boomerang Bucks loyalty dollars (you must be a Boomerang Books Account Holder - it's free to sign up and there are great benefits!)


A Preview for this title is currently not available.
More Books By Alan Schroeder
View All