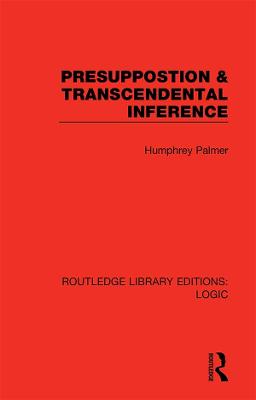 Originally published in 1985. This book is about a single famous line of argument, pioneered by Descartes and deployed to full effect by Kant. That argument was meant to refute scepticism once and for all, and make the world safe for science. 'I think, so I exist' is valid reasoning, but circular as proof. In similar vein, Kant argues from our having a science of geometry to Space being our contribution to experience: a different conclusion, arrived at by a similar fallacy. Yet these arguments do show something: that certain sets of opinions, if professed, show an inbuilt inconsistency. It is this second-strike capacity that has kept transcendental arguments going for so long.

Attempts to re-build metaphysics by means of such transcendental reasoning have been debated. This book offers an introduction to the field, and ventures its own assessment, in non-technical language, without assuming previous training in logic or philosophy. 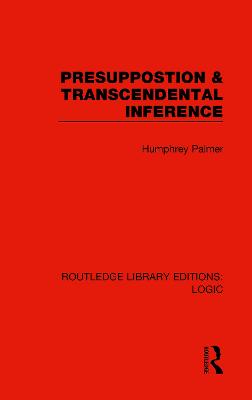 » Have you read this book? We'd like to know what you think about it - write a review about Presuppostion & Transcendental Inference book by Humphrey Palmer and you'll earn 50c in Boomerang Bucks loyalty dollars (you must be a Boomerang Books Account Holder - it's free to sign up and there are great benefits!)


A Preview for this title is currently not available.
More Books By Humphrey Palmer
View All